Willy Wonka on Wednesday at AMC. Could not talk the wife into accompanying me to the theater which is weird because she loves the movie and it is hot out today. Of course the fact that we were up till late in the morning after going to the Kiss concert may have had something to do with it. I on the other hand have no self control even though I too an tired. I'm going to link to my official post from the movie a day project in 2010. I do have a few extra comments to make however and I plan on being brief. There are only two other parties here to enjoy this classic on a Wednesday afternoon. Still, it seems hopeful.

After watching this I have decided that at my funeral, I want to be dressed in a purple, velvet set of tails, a copper colored top hat and a brocade waistcoat. Willy Wonka rocks the fashion scene. On the way back into town we stopped in Vegas overnightand I dropped a twenty into the Willie Wonka slot machine. It is a little strange to use a kids movie to pick an adults pocket, but of course it is targeted at baby boomers with nostalgic genes like me. When the Oompa Loompas come out for the bonus, it's as if you are one of the naughty children on the tour and they make an example of you.

Peter Ostrum, who plays Charlie, reminds me of my friend Johnathan Yenny when he was a little boy. He is serious but has a ready smile, and is willing to help in any way he can, and he is a dead ringer at the same age. The part of Charlie was cast very well in this film, and his scene at the end when he swallows his pride and shame and does the right thing is all the more effective because he was not a child actor like the other kids but just seemed like a real little boy. Gene Wilder just turned 83, and he is missed on the big screen and the small. There are plenty of other films of his that I need to catch up on, like "The World's Greatest Lover", but he will always be identified as the magical Mr. Wonka in my head. 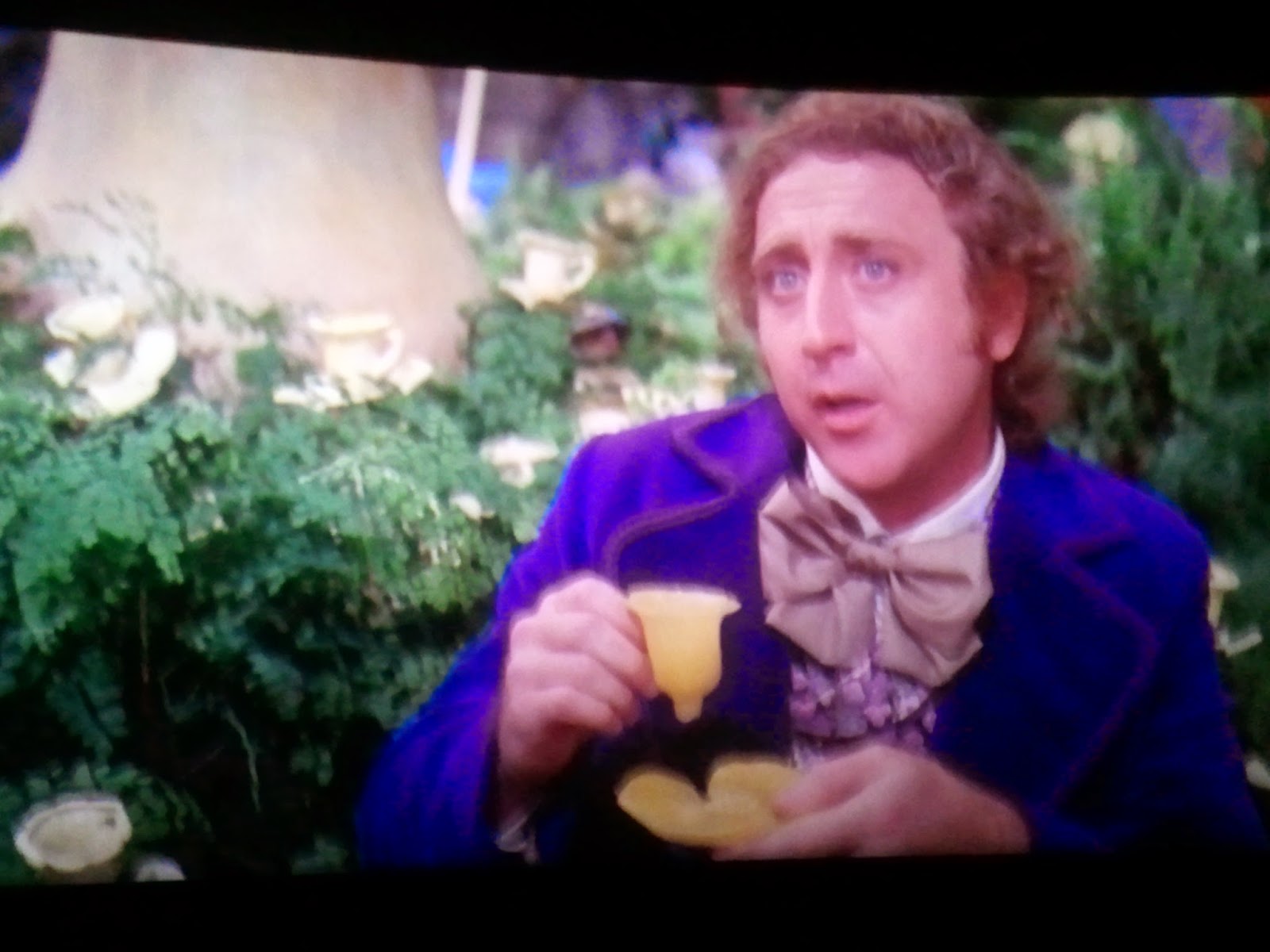 I've probably violated some federal law by taking a picture of the movie while it is playing, but it was a lovely scene and I wanted everyone to know that it really was up on the full sized screen.

For some reason, my original comments on the movie are one of the most viewed pages each week on the blog, so it is not hard to find. It might even be listed over on the right side of the home page, but if it is not, just click here and you will be transported by the Wonkavator immediately to that post to finish your visit. Sorry, no lifetime supply of chocolate comes with your visit, just a lifetime of warmth and good memories.
Posted by Richard Kirkham at 7:53 PM

I agree with you on Wilder. For me, he is the movie, and "Pure Imagination" is a true highlight.

A great moment from a great performance.