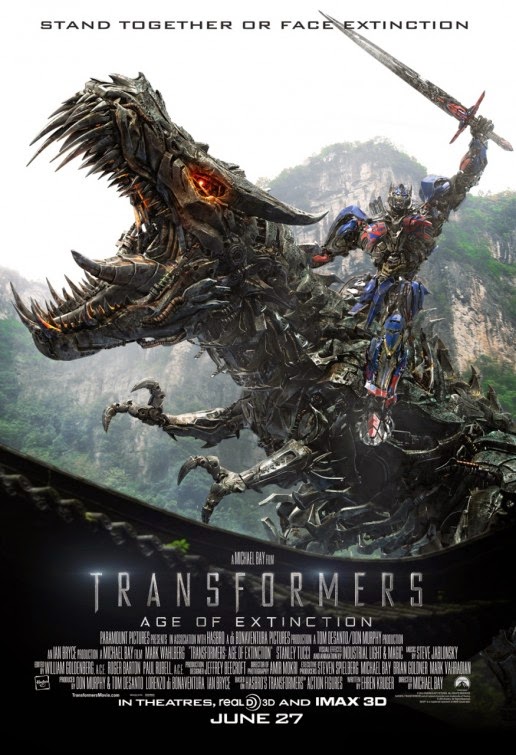 Big, loud, stupid and confusing, those pretty much sum up the Transformers movies at this point. Kids who played with the toys or watched the cartoon series may have some stake in what transpires in these films, but the rest of us just go for the spectacle. This episode was longer, the action scenes took up more space, and there were multiple bad guys behind every other moment. I am getting weary of seeing cities destroyed, that is more and more unpleasant. I can't really think of anything to say that would convince you to either see this movie, or to stay away. Analysis of Transformers is similar to trying to teach a pig to sing. It's a waste of your time, and people who like pigs will accuse you of animal cruelty.

I can list a couple of things that I enjoyed about the film: Stanley Tucci, Kelsey Grammer, and Mark Wahlberg. These guys bring their A game to an enterprise that doesn't really need them to, but as professionals, they are doing their best to sell the preposterous. Grammer has the thankless role as the heavy, Tucci starts off all bluster and ends up in comic relief, and Wahlberg does earnest hero consistently. T.J. Miller stared off the comic sidekick role but his part is not funny for long. 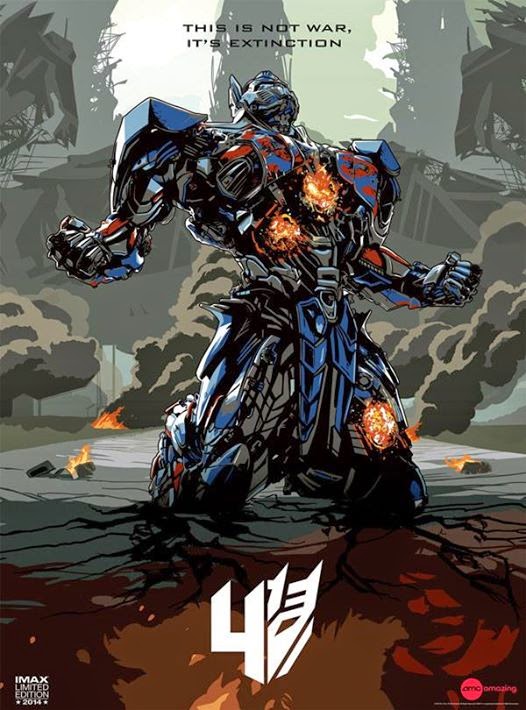 I enjoyed watching Transformers ride Dinobots into battle, the same way I watched Apes ride horse with machine gins in both hands. I thought to myself, "That looks cool, but is in in the least necessary for the story?...No." Look, the popcorn was good, my Coke Zero was cold and the theater was dark, some days thats all I really need, the movie is almost not an issue, this is one of those days. I laughed a couple of times, but never consistently at the things designed to be funny. It was in 3-D so the Robots keep breaking into pieces and pieces keep flying out at me. I just don't understand why the robots keep working when all their mechanical parts are missing. If something goes wrong in most technology, everything else gets gummed up to. I guess that's just the stupidity, sorry, the magic of Transformers.
Posted by Richard Kirkham at 10:04 PM