This is a complete set of links to the posts on the project, there are a couple of number missteps, but this is all of them.

Day One of the Project, a grim Kubrick Film.

Day Five The Movie of My Favorite Book

Day Twelve  I had to

Day Seventeen Belushi in a RomCom

Day Nineteen  I lived it

Day Twenty-eight   Krull on over for Dessert

Day Thirty-two   A Weird One, not sure what it is supposed to be

Day Thirty-three  A Comedy worth your time

Day Thirty-seven  Hard to find but worth the effort

Day Thirty-eight  My Favorite Coppola film of the 80s

Day Fifty  What a great surprise

Day Fifty-six  Get out your 3D glasses

Day Fifty-eight  Arnold in the Summer

Day Fifty-nine  It's a package deal

Day Sixty-one  It was timely in that year 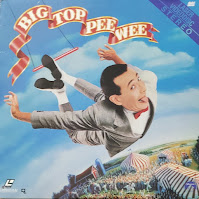 Day Sixty-seven  This is an odd one

Day Seventy  The most frequently seen movie of my 80s

Day Seventy-three  One more Clint for the Summer, a favorite

Day Seventy-seven  The end of the project