End of the Year Summary

It's the end of the year and time to narcissistically look back on what my Movie Year entailed. After two years of Covid impact, things started to get back to normal, but the streaming monster that was awakened may very well be set to stomp all over the Cinema World.

I saw fiftythree new features in theaters this year but I actually went to a lot more film screenings than that number would indicate. Fully forty percent of all Theatrical experiences I had this year would be called "Classic Film Releases"

There were an additional thirty one films that I saw in theaters, these ranged from 1940s War pictures to three of the Harry Potter films. This will also include our annual theatrical screenings of Lawrence of Arabia and Jaws (Including a 3D screening of the shark film)

It is the practice of this site to focus on films seen in a theater, so the seventeen new films that I saw which went straight to streaming are excluded from this inventory. I will say however, that "Prey" the Predator sequel, would have made my top ten list for the year if it had a theatrical release. "The Banshees of Inisherin", "Glass Onion" and "Tar" all disappeared from theaters so quickly that they never had a chance to make it on this site. "The Fabelmans" might have suffered the same fate if I had not diligently sought a venue where I could see it before it vanished into our televisions.

On the Podcast Front, I personally hosted 48 of the 52 Lambcasts this year. I'd like to thank MovieRob, Todd Liebenow and Howard Casner for volunteering to cover for me when I was traveling in the past 12 months. It always lets my head rest easier when I know I have competent, responsible LAMBs who can back me up. In addition to the Movie of the Month, Decade Lookback Shows, Compilation shows, we covered 24 new theatrical releases. That averages out to two new films a month, most of which were crowded into the Summer film season.

Here are links to three of my favorite Lambcasts from 2022:

Almost a dozen of the classics I took in were at the TCM Film Festival in April. We stayed at the Roosevelt Hotel for the first time in the eight festivals we have attended. Of course that is because I am no longer commuting from home everyday for the festival, having moved to Texas in 2020. The most amazing thing about the trip was that my friend Michael, who I met for the first time at the TCMFF in 2014, picked us up at LAX and drove us to Hollywood for the first night we were there. Michael is a
longtime friend from the blogging community, and you can read his work at "It Rains...You Get Wet". 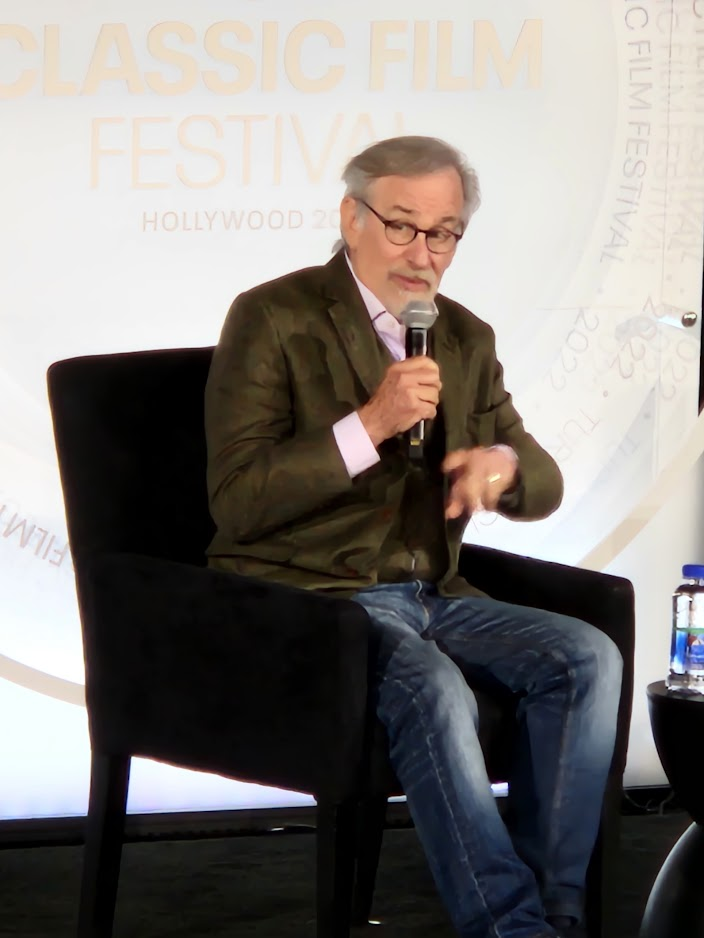 Listening to Steven Spielberg at the opening night screening of "E.T.", was also pretty good.

Over the Summer, I did a weekly dive into the Strother Martin Film Project. I tried to cover films that had not been on the project before, and the weekly post I put up became "Strother Martin Wednesdays". 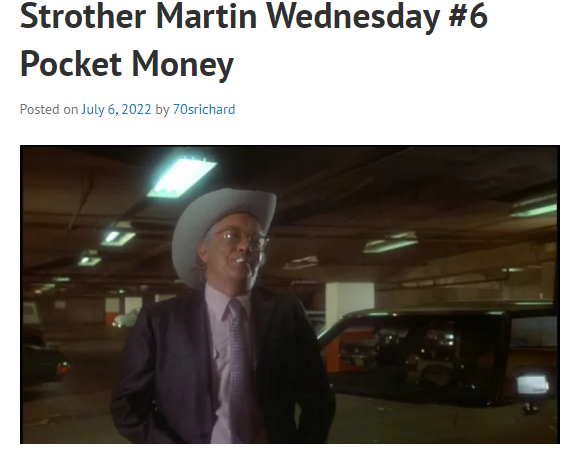 You can visit the site by clicking on the link to "Pocket Money"
I still hope to put together a scrapbook/journal of my 007 thoughts and experiences. If I ever get it done I will self publish, and put a link here, but I doubt it will be ready this next year

Biggest Disappointments of the Year

"Don't Worry Darling" may have been the film I hated the most this year. It was pointless and the premise, a take on "The Stepford Wives" was less clever than that 50 year old film.

Coming in a close second on my list of shame, Alex Garland's Men.

This is a pseudo intellectual proto feminist, revisionist horror film that wastes the great Jessie Buckley and has poor Rory Kinnear as the face of every man in the story. Up until Babylon, it had the most visually disgusting sequence of the year. Gross but not frightening.


Racing past "Men" for the most vile imagery on the screen this year, just under the wire, is Damien Chazelle's look at Hollywood history in the tears the film industry was transitioning from silent to sound films. "Babylon" does have some things to recommend it, including a great performance by Margo Robbie. Unfortunately, the style that makes some scenes so appealing, also renders many sequences revolting. If you are willing to be defecated on, vomited on and peed on, there may be something here for you. For me it only held disappointment.

How you take five great actresses, but guns in their hands, and make the most boring action movie of the year is beyond me. Simon Kinberg manages to do it with "The 355"and test my patience, even though I am wired for this kind of film . 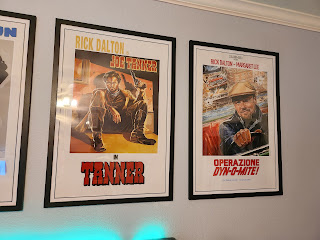 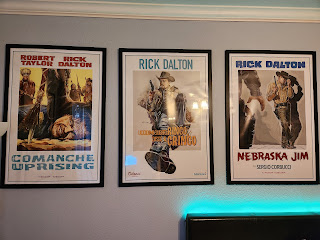 I did this to my bedroom. I am not a big DiCaprio fan but I am a big fan of Rick Dalton.
Posted by Richard Kirkham at 4:31 PM No comments: