Two years ago, the character of Deadpool was revived from a disastrous turn as a secondary character in a largely reviled X-Men movie. The character in that film was the mercenary named Wade Wilson, and the actor playing him was Ryan Reynolds, but in the most misbegotten script tuning imaginable, the character had his mouth removed permanently. Is there any way you can imagine Deadpool from two years ago and the one in this movie without the mouth that roars: sarcasm, cynicism non-sequesters and insults? It's enough to stage a revolt, which is apparently how Ryan Reynolds managed to wrangle the character back into his hands and become the embodiment of this non-X-men mutant. 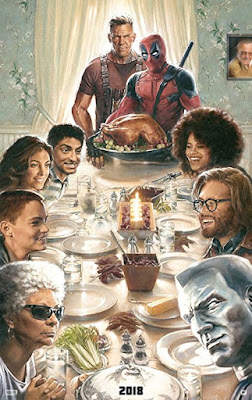 "Deadpool" (2016) had so much going for it and it was so fresh, it was inevitable that there would be a sequel.  What is not inevitable is that it would work a second time. The original director was not attached, we've had a series of very successful "Avengers" films filling the void for the last two years, and the surprise of the filthy language, gross visualizations and overall snarkiness is going to be gone. Well never fear my friends, the people who are responsible for this property know what they are doing and they understand the treasure they have in Reynolds. They were very careful not to blow it while at the same time not trying to repeat the whole movie as a simple cash grab. Look there is nothing very deep in the film, it is not creating a universe that we will be seriously invested in, rather it is creating an alternate Marvel Universe, one that is closer to "Thor Ragnarok" than an X-Men movie.

Let me explain how this movie won me over in the very first few minutes. Anyone who has been on this site before will have discovered that I am a James Bond fan. Hell, I'm even an apologist for some of the worst 007 films. I thought I'd seen the perfect parody of the Bond signature title sequence in the comedy film "Spy Hard". It turns out I was wrong. Nothing against Weird Al, but the title sequence from "Deadpool 2" has taken every trope used in the Daniel Craig Bond films and turned them into a perfect visual parody. The song is an Adele knock off that lacks the silliness of Weird Al, but fits the CGI  heavy synchronized graphics of recent Bond films more accurately than the Leslie Nielson joke film. It was a joy to watch and it matched the brilliance of the titles from the first "Deadpool". 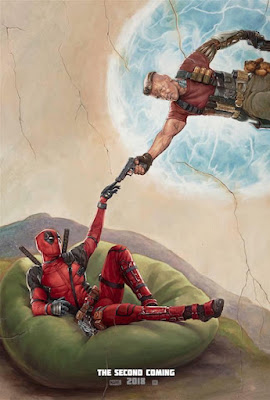 After the opening, we settle in for a story of redemption, hardly the thing that you would expect from this film series. Deadpool 2's time altered opening sequence, like the first film, starts us a quarter of the way into the story, then takes us back to the beginning, and climaxes with the events we saw in the opening. OK, so they copied the exact device they used in the first film, but they did make it work anyway. Along the way we are reacquainted with some of the characters from the original film, but a new timeline is introduced as well. This second set of events brings the main story  plot into focus. A futuristic soldier comes back in time to stop a series of events from his time period. Look, if you are going to rip off another story, you might as well go big and do "Terminator". Of course the movie not only acknowledges that it is doing so, it has a lot of fun along the way mocking itself for doing so.

In my review of the first "Deadpool" I suggested that it was not outright parody. I withdraw that statement. This movie is so full of pop culture references and self aware criticisms, that it is a little difficult to take any of it seriously. So don't. Instead, you should luxuriate in the mocking of all comic book movies, regardless of what Cinematic Universe they occupy. I was on a podcast recently where one of the guests suggested that the offensive language in "Midnight Run" might have been done for shock and laughs but that it does not have the same appeal to someone at forty, that it might have had for someone at fifteen.  That may be true, and if you hate the use of the F@#k bomb and the potty mouth antics of smart ass hipsters, then you will be less enamored of this movie. It has enough references to body parts, sex acts and other taboo topics, to fill a couple of Guy Richie films. It also has some great fight choreography that is acknowledged as being ridiculous while at the same time being entertaining. This movie is not just a parody, it is a paradox. It undermines it's very premises while still managing to tell a story that in the end was worth telling.

As is my policy, I have not given away any spoilers, so you are safe to read on. There are several post credit moments that will take you out of the film that you just saw and put you into several other perspectives. You should enjoy them. Along with the title sequence, the end credits serve as the rye bread to the film's sloppy Reuben sandwich. You get the spiced meat, served with sauerkraut plot points and a sweet thousand island dressing that every word from Deadpool himself represents. I don't know if it is a great movie, but I do know it was a great meal.Just sit down and eat it, don't worry about counting the calories. That would be like trying to keep track of all the people killed in the story, a distraction and nearly impossible. 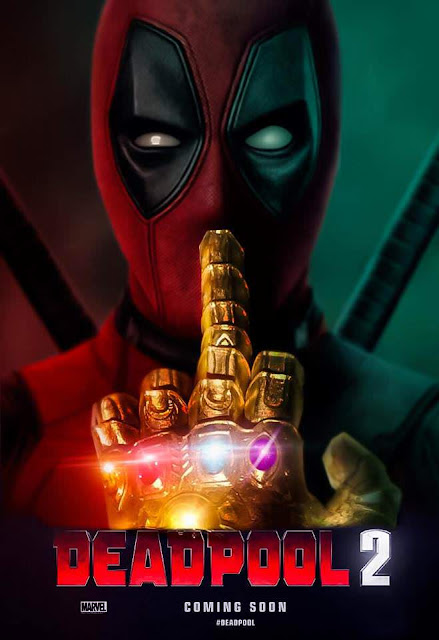 Posted by Richard Kirkham at 3:55 PM

movies 123 - I surprisingly enjoyed the first movie. So I decided to go see Deadpool 2. They were spently of things in this movie that were clever and fun. But overall, it was extremely predictable and long. I reckon they could have cut half the time if they didn't go back and forward. I paid $20 for a movie ticket and wont be going again to see it unfortunately. Too expensive and too long.
See more:
watch life is beautiful putlocker
breaking bad putlocker
star wars a new hope putlocker
the space between us putlockers
sicario putlocker
hulu blacklist
deadpool full movie watch online