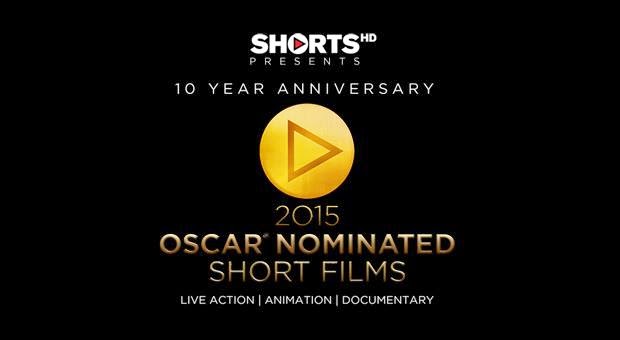 Theater chains often get a bad rap because they play the same films as every other chain, on multiple screens, and they are for the most part faceless entities lacking a distinctive ambiance. In 1998, a thirty screen complex opened in our neck of the woods and it was a better experience than that. They held onto movies for a longer period of time, they programmed in the occasional independent film, and while it does look a little too corporate planned designed, there was a cool space station motif to the decor. A few years ago, after opening another venue even closer to us, the thirty screen theater had such a drop off in business that they closed thirteen of the theaters, basically the south wing of the facility. AMC has continued to try and keep the theater more than just a shopping mall extension, by showing classic films, special event programming and continuing to host the Best Picture Showcase. This year our local venue added the Academy Award nominated shorts to its weekend screenings. We did not get the documentaries but we did have the Animated and Live Action shorts to watch.

The animated shorts were a complete delight and they added three or four honorable mentions to help fill out the program.


This was the shortest of the shorts, a piece of computer animation, Pixar style, with a funny premise and a couple of sly winks at the regular movie industry.


An Actual Disney film, I think we saw it playing last year with "Big Hero 6", but it might have been another film it was with. Beautiful story telling and a heart warming payoff, just what you expect from the crew at the most reliable animation studio in the world, and of course it has a dog.

Me and My Moulton


The animation style reminds me of the films I used to see in the seventies and early eighties at the annual Tournee of Animation that we went to at the Rialto Theater every year. The story centers on three Finnish sisters and their desire to have a bicycle. It's another short coming of age story that works well despite some of the odd Finnish touches.


This tackles a tough subject, the care of an elderly parent and the conflicts between siblings that it engenders. It has the most strikingly different visual style and will affect those who have gone through this experience like I have.


This is a parable about bullying, misunderstanding and friendship. It is done in the softest style using water colors and drawings that often look like impressionistic art. It is sixteen minutes long, the lengthiest of the five nominated films.

Prediction: I have no idea how the animation branches of the Academy see things, but I suspect that "Feast" will be the winner because it is the most complete concept and it is extremely polished.

The Live Action Shorts are all longer and they are very different from one another. I am not well versed in this field, although I have encountered Live Action Shorts on occasion. This is an outsiders perspective so I hope you will make allowances.


This was the longest film at almost forty minutes. It is basically an odd conversation between two strangers in a car in Israel. How they come to be in the car and who they are is part of the charm. I'm not sure what it all means but it was enjoyable.


Two boys in Belfast are given chickens as pets by their feckless father. Mom is not as enamored as they are and complication ensue. This was a relatively brief film at fourteen minutes, it was also my favorite of the five.


Of all the shorts today, this was the one that was most esoteric. A Chinese Photography crew takes pictures of rural, maybe Mongol or Tibetan families in front of a variety of backdrops. That's it. There are some amusing picture combinations and a couple of humorous interactions, but in the long run it did not feel very meaningful.


An Afghanistan girl struggles to earn money for her family back home while working illegally in various jobs in Switzerland. She speaks German but has some basic cultural issues that make being clear a bit odd. She needs the help of a resident with the right I.D. to get Western Union to wire the money home. The solution to her situation is a great story in overcoming cultural barriers and establishing friendship.


A crisis intervention phone operator attempts to provide solace to a painfully lonely man on the brink of ending his life. Sally Hawkins, a nominee for Best Supporting Actress from "Blue Jasmine" gives an affecting performance as a woman who doesn't judge but empathizes with her client. Jim Broadbent is the disembodied voice on the phone.

Prediction: Although I liked Boogaloo and Graham the best, my guess is that the message of "Parvaneh" will trump with an Oscar win. We'll see next Sunday.


Posted by Richard Kirkham at 9:36 PM