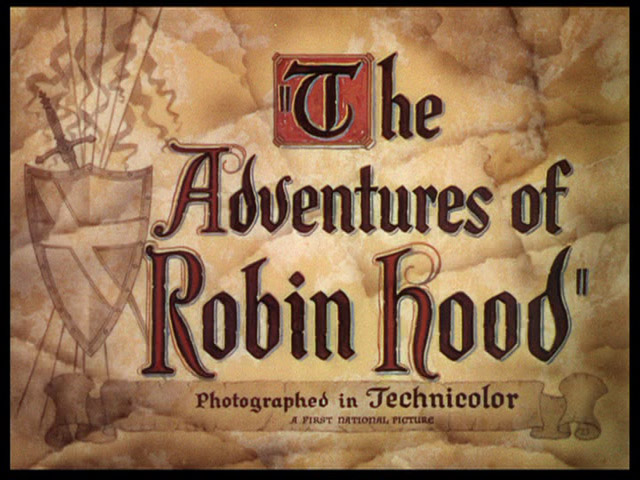 So a few weeks ago, I was given a heads up by one on my friends on line that my Favorite movie was to be a subject of a Special Presentation at the TCM Film Festival. I had unfortunately not planned well enough to go to the whole festival, an issue I hope to repair next year. After looking on line for individual tickets, I discovered that you have to line up for standby on the day of the event at the venue. The screening and discussion were scheduled for  9:15 on a Sunday morning, so I felt pretty confident that we could get in, but I was concerned about where we would be able to sit, and my wife has a little trouble navigating the steep walkways and dark stairs at the Egyptian Theater.  We trekked down to Hollywood and Arrived before 8:00, just to be sure. The parking lot attendant had not yet arrived and they were just putting up the Stand-by line directions for our screening, so we ended up one and two in line. Of course that is after all the VIPs, Pass holders and other Festival attendees have been let in. Fortunately, we had a guardian angel. My friend who had told me about the screening was also attending as a Festival Pass Holder. We made plans to meet before the movie. 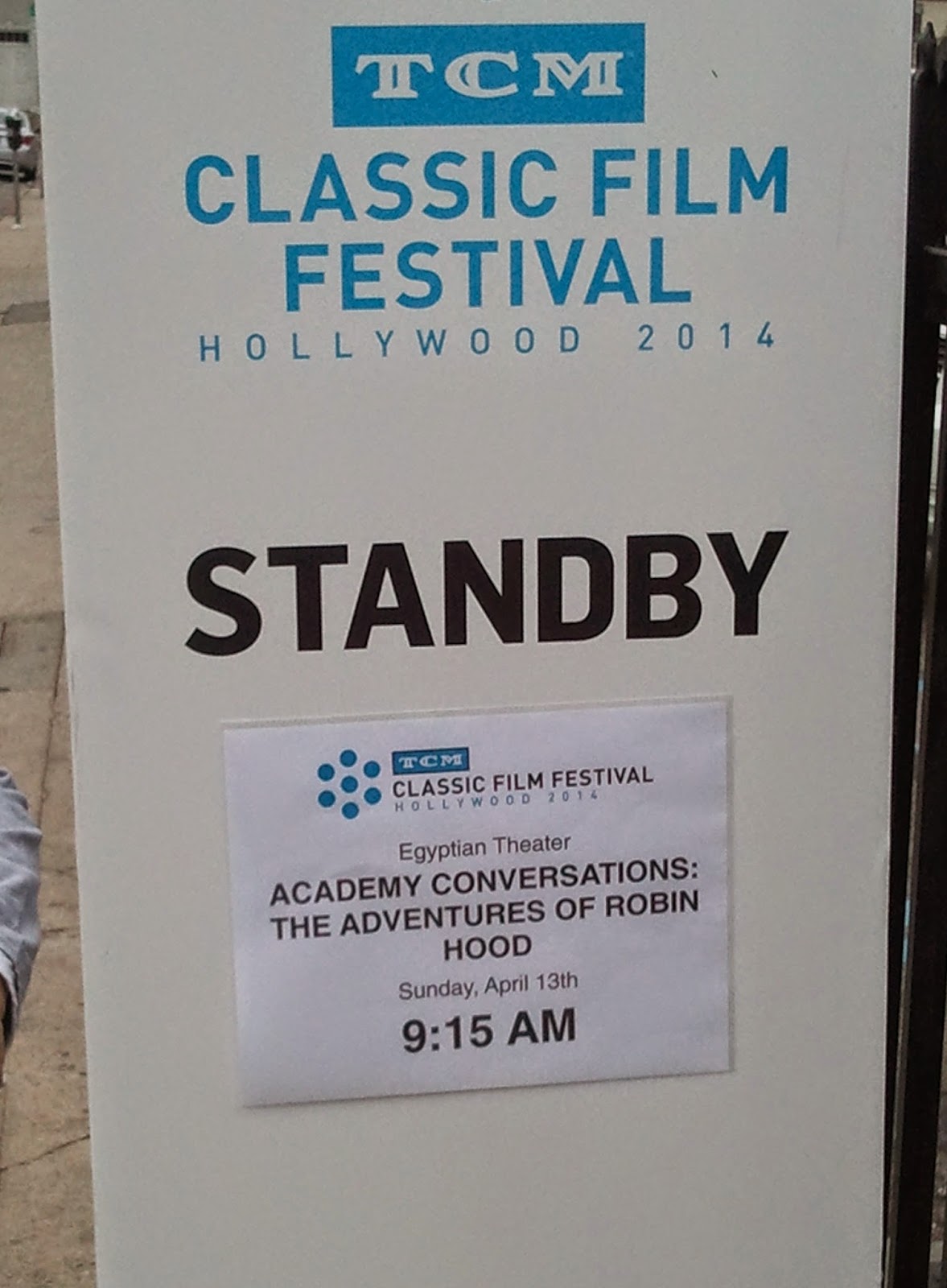 Michael and I had never met in person before but he and I know each other well from our respective blogs. He had let me know that he would be wearing a distinctive shirt that day, much like carrying a book and a rose to meet Jimmy Stewart or Tom Hanks. As we waited at the front of the line (alone I might add), I saw him approaching and recognized the shirt immediately. He had just as easy a time finding me since my presence on the internet has a variety of pictures of me and he showed me the smiling image from my gmail account on his phone. After spending a few minutes talking about the Festival that he had been attending, he offered to save us some seats when he went in. I am so grateful to him for that kindness, it made it much easier for us to relax and the seats he picked out were easily accessible for my wonderful spouse who is on her second year of vertigo.

The program started up and we were introduced to two Academy Award winning legends, Craig Barron and Ben Burtt. They were in great form as they joked and talked about the festival and the movie. They had a wonderful presentation for us that reviewed the making of "The Adventures of Robin Hood". It began with the well known story that originally Jimmy Cagney was cast in the role and the movie was to be more comedic. The director of the movie, William Keighley was replaced during the shoot and there was a clearer explanation of that than I have seen before. Craig Barron  made a point to note that Keighley had done all the work that had set up each of the main characters and that while his contribution is sometimes minimized, he really did have a substantial impact on the tone and look of the film. Being the Special effects guy, Barron led us through a visualization of the three color process used by Technicolor. There was a smooth use of tri-color graphics being merged to give us the spectacular color that then comes off of the screen. We also got a review of some of the matte work that was done for the picture. Both he and Burtt spent time out in the former Warner's Ranch location, which is now a housing development and golf course, to try and locate the hills and set locations. They made the trip entertaining as all get out by referencing the celebrities that now occupy some of that space and revealing that they did get pulled over for speeding on the road that was earlier used by the raiding party at the end to sneak into Nottingham castle. 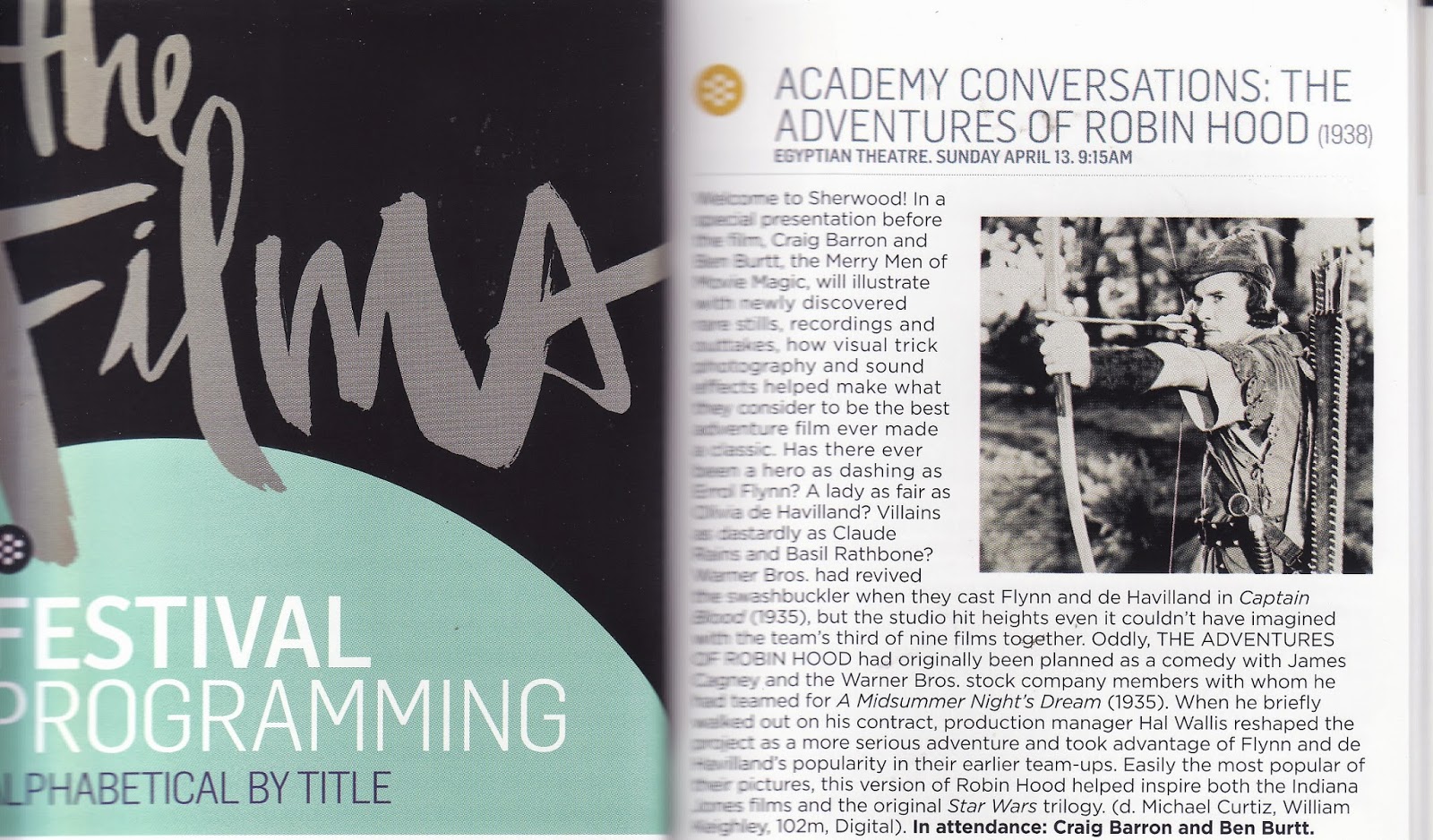 Ben Burtt took over for a while as the discussion shifted to the sound design process for the film. He began by looking at the location sound trucks that Warner's used and he had a clever piece of history concerning the remaining trucks and their actual colors. You could hear the geek side come out in him as he longed to have one of those trucks for his own. The mock up version using a Chevy HHR looked cool but you could tell it would not have cut it as far as his lust was concerned. The most intriguing part of the tale involved his attempt to identify how the sounds of the arrows were made in the movie. There were very distinctive references in the original script to what the sound of the war arrows should be, and the effect on screen is amazingly appropriate. Burtt attempted a series of tests to try to lock down the source of the sound. Only someone as obsessed with sound as the designer of the sounds for the Star Wars films, could find this necessary and finally succeeded in discovering the truth. It turns out that the arrows used by the archery master on the film, had distinct feathering and the feathers were cut in a specific way which helped make the dramatic impact we hear from the screen. Michael shared with me a couple of secrets about velocity and rotation that made the talk more interesting as well. The next time the film gets remastered, updated, special presentation formatted or generally packaged to get fans to buy it again, I would strongly urge the producers track down a recoding of this talk, or have the two gentlemen recreate it, because it was splendid introduction to the movie itself.

After that great presentation, which was worth the trip down to Hollywood and the ticket price, all by itself, we got to take in a screening of "The Adventures of Robin Hood". We could see and hear all of the elements that had just been talked about and of course we got to cheer for Errol Flynn. As each character arrived on screen there was applause from the audience and the reactions to the actors performances was as fresh as it might have been 76 years ago. Claude Raines picking at the pomegranate, Rathbone scowling with distaste at the mere presence of Robin, and Flynn's maniacal gleam, right before the spear comes through the back of his seat, all of these set the audience ablaze with laughter and expectation. Even after seeing the film as many times as I have, I was able to notice things I missed before. The murderous Dickon was one of the men, robbed of his clothing and sent back in rags to Nottingham. He is in the background and I had not realized that he was in this sequence. I also heard the name of the tavern keeper where Marion finds the men of Sherwood and helps them plan his escape. The name was there every time I've seen it before but it stood out for some reason this time, Humility Prim. 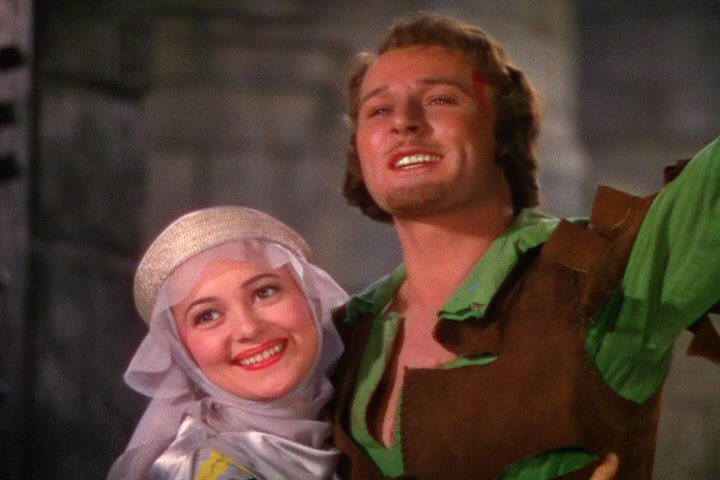 The danger with a screening like this is that I will want to see films presented like this always. My life will disappear into a darkened theater even more often if I give in to this temptation. I should join the Cinematique, I need to plan the TCM Festival next year. I want to book some classic movie cruises in the future. The Brotherhood of the Popcorn should expect a membership application from me any day. OK, those are all dreams that I have. For now I have this recent experience, which included meeting a couple of fellow bloggers and finding out that one I was sure was a good guy, turned out to be just as thoughtful as I imagined.

Posted by Richard Kirkham at 3:57 PM

I envy you the watch of this on a big screen. Some movies are good at home, but really sing when projected. I can only imagine that this is one of those.

Anytime you can see one like this, do it. It is so worth it.

So glad we had a chance to meet up finally, Richard. And with such a wonderful event and film to memorialize it, too. Great post, my friend (and thanks so much for the shout-out).

I enjoyed meeting you very much and the event was terrific. Look forward to connecting down the line. Keep that Struzan Documentary screening in May 10th in mind. Take care.