I think everybody knows the answer to this before it opened, but I'll go ahead and ask and answer the question anyway. Is there any way that this movie will be any good?     No.

I have liked Leslie Mann in other films, she is an every day kind of attractive. She is a talented comedic actress. She should have looked at this script and run the other way. Having made the movie, she should now sue the producers for turning her into a whining, needy, idiot, character who is made to look unattractive and stupid in nearly every sequence in the film. I have always had a thing for women in hats, maybe I saw Casablanca and and fell in love with Ingrid Bergman at a young age. This movie may have cured me of that fetish. Whenever the director wanted her to look awful, he put her in a hat that not even Bergman could have sold.

Cameron Diaz is still an attractive woman, but she is a little older now and sometimes looks a bit well worn at times. Her smile still twinkles, and her hair is cute in whatever form it shows up in, but either the sun or plastic surgery have given her a tougher look than she probably deserves. Now I will say there was a trailer for "The Sex Tape" playing before this movie and she looked terrific in that, so maybe the director of photography needs to share some of the blame here. She has been funny in a dozen movies. Many of which I liked but others have dismissed (eg. "Knight and Day") Here she has nothing funny to do or say. There are moments when I wondered if she knew what the tone of the film was supposed to be.

I don't really know Kate Upton. She is a beautiful woman and apparently world famous, probably for being beautiful. It turns out she has made three films now and I have seen all three of them. I have no memory of her from the other two at all. So while beauty is certainly a calling card, it is not a memory card, because unless she is on the beach in a bikini, I suspect her acting career will be limited. I hope that doesn't sound too mean, I don't want it to. I was just not convinced that she needed to even be in this movie. 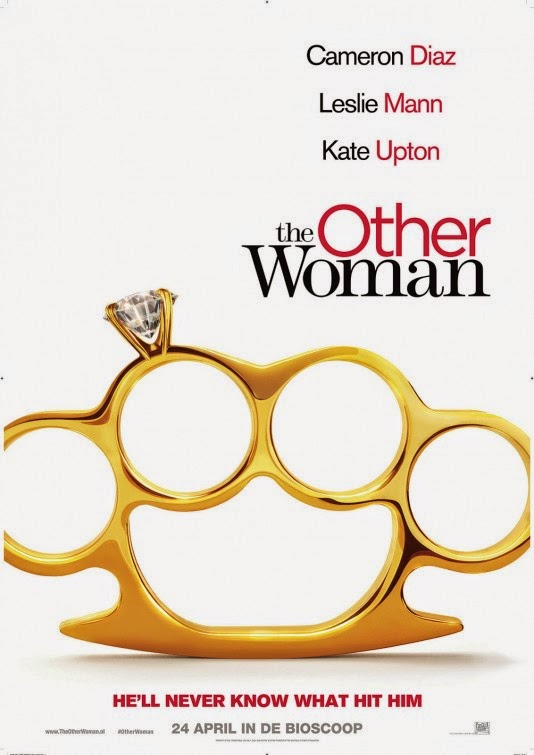 This could almost be a remake of "The First Wives Club" from 1996. Except instead of three philanderers, we have one serial philanderer and the women he has cheated on. It's a woman's empowerment revenge story. Unfortunately, none of the main characters is likable enough to feel much sympathy for and at times they are downright irritating. The male character in the story is played with a tone that guns from suave James Bond sex machine to doofus Jeff Daniels in "Dumb and Dumber". Nothing in the way any of these characters act is in the realm of reality, which would be alright if it was all revenge fantasy, but it isn't. There is another romance shoehorned onto the story, a superfluous character played by Don Johnson, who looks great by the way, that is distracting and totally predictable, and some cultural references to  the French that might have worked if the story had stuck to the comedy and not veered into melodrama.

It doesn't work. I did not expect it to, and the two women who went with me agreed. It's the only new wide release this weekend, so maybe it will make some money, but you can look for a quick exit from theaters and an even quicker exit from your memory.

Posted by Richard Kirkham at 1:58 PM