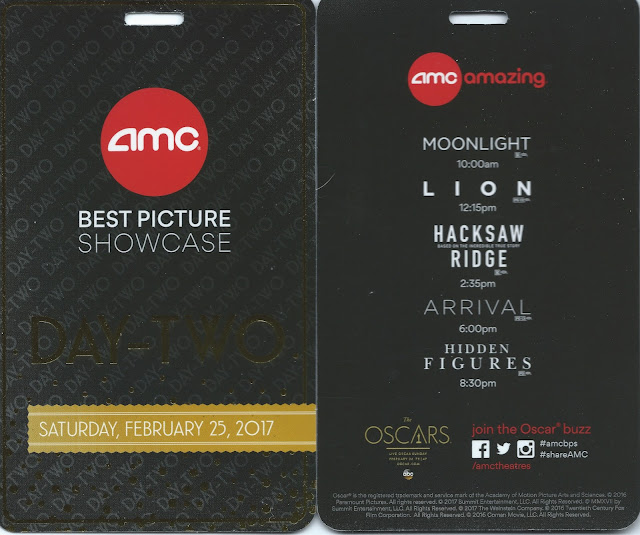 Day two promised to be a long one. There are five films left and none of them is a crisp ninety minutes. Even the two that manage to come in under two hours are deliberately paced. Shane, who has been our regular host for a couple of years now, was out of town but AMC employee Johnny was an enthusiastic substitute and ran the trivia with efficiency. Of course maybe I say that because we cleaned up with three movie poster prizes and some Batman Lego pieces.  I'd seen all of the films already, so this will mostly be a quick recap and there are links back to my original comments in each title and picture below. 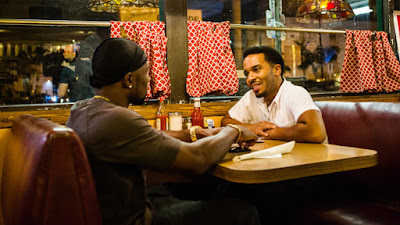 As an exploration in anthropology, this was a revelation to me. I'd not expected myself to have a lot of empathy for drug dealers but the way this story unfolds gives us a lot more to connect with. The three part structure of the film is not subtle but it does choose the three stops in Chiron's life that seem to be most critical in our understanding of him. As much praised as the first chapter was, I found the last chapter with the regretful visit with his mother and the reunion with his somewhat reformed school buddy Kevin, to be most interesting this time out. The performances are very solid in this adult world. 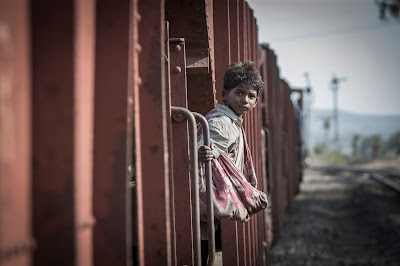 I was pretty critical of this film when I first saw it. The structure is so bifurcated that it seems like two different pictures. On this viewing I was more able to appreciate the connection between the two and give the second section a little more credit. Inevitably, it is the miraculous story of Saroo's use of Google Earth to reconnect with his original family which is the heart of the film. Little boy lost is
found, but the story has some sad twists to it. Once again I cried at the last ten minutes of the movie as our hero reconciles his two lives and we discover some resilience in his mothers as well. I did not give Nicole Kidman much credit before but as I watched the movie again, my appreciation for her work was elevated. Dev Patel is a good actor, and supporting actor is the right category for him even though he is the first listed star of the film. 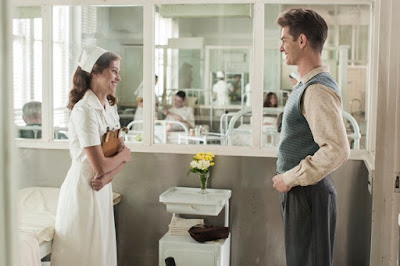 This movie is the closest thing to a sure thing for me. I am eternally grateful to our fathers and grandfathers for the sacrifices they made in two world wars. The exceptionalism of Desmond Doss is a perfect illustration of the diversity of Americans who stood up to tyranny in all kinds of ways. I recently listened to a Lambcast where one blogger complained about this movie and the prayer that Doss made on that day of his heroism. She found it cliched and annoying, she also asked about the triage issue. Doss acted as a fellow soldier would at times rather than just as a medic. I found it humbling and inspiring. The opening act in the film should get some credit as well, Hugo Weaving was not nominated but he was very good as the battle embittered father of Doss, and an indirect inspiration for the choices he made.

This movie about communication is also a thoughtful puzzle for us to solve. This second viewing allowed me to percieve scenes in a way that I could not have expected in the first screening. There are secrets revealed at the end of the movie which force us to rethink much of what is going on. Since there is a time shifting component to the process, it also introduces some of those pesky conundrums that make our brains hurt to much if we get carried away trying to work them all out. I can confidently say that the biggest Oscar snub this year was Amy Adams, who carries this movie in almost every frame and who not only deserved to be nominated but also to win. The production design her also deserves to be singled out, it sells the concepts in great ways, both the fantastic and the mundane. 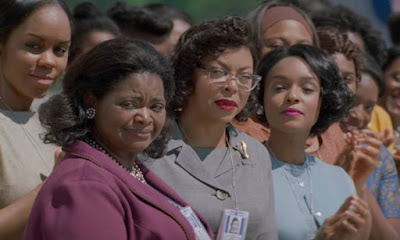 My wife has been sick the last two days and she toughed it out as long as she could but this film was starting at 8:30 and she was spent, so we left before we got to re-watch this fine entertainment.  I think this is a popular choice to include in the categories that it was nominated in, but I will be surprised if it wins in any of them. While the story and the themes are important, and the film was entertaining, the film making did not seem extraordinary. This is an excellent film that deserved to be included but it is not quite in the same class as some of the other contenders. A second viewing changed my mind a little about Manchester By the Sea" and "Lion", maybe this one would have gone up in my mind as well. 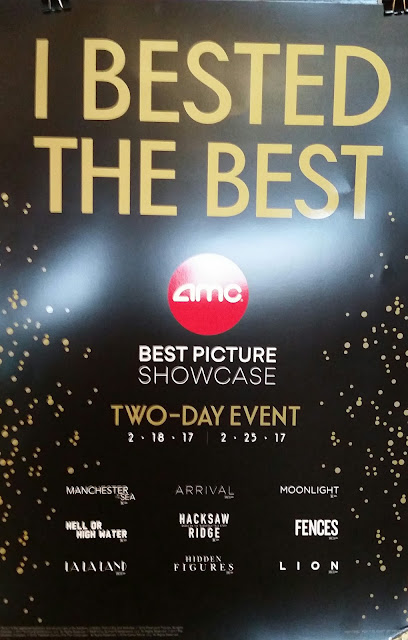 Posted by Richard Kirkham at 12:21 PM