A Walk Among the Tombstones

There are some things that you just can't unwatch, so you better be sure that you can handle what you choose to spend your time on in a movie theater. There are plenty of horror films, and graphic experimental sick point of view art pieces that I hope never to encounter. I know my limitations. "Irreversible", "Salo" and "The Human Centipede" give off enough warning signs to tell me to stay away. I knew this thriller was going to be tough, and it was. It does not rise to the level that I regret having seen it, but it will leave me with some nightmares about the brutality of human beings. "The Silence of the Lambs" defined the serial killer genre almost twenty-five years ago, and film makers have been chasing it's path ever since. Once in a while they get close, usually when a movie is directed by David Fincher. "A Walk Among the Tombstones" succeeds, much in the way "Zodiac" did, by creating suspense with a horror element and putting it into a procedural.

Director Scott Frank has made only one other film as the director, "The Lookout" which used an interesting premise to build a story around. He is not however a novice at films, having written and contributed to several excellent efforts in the past, things like "Minority Report", "Dead Again", and "Out of Sight". He has created a very tense thriller here based on Lawrence Block's well know series of novels concerning ex-cop Matthew Scudder. I've not read any of these novels but I certainly intend to now, this is a great character with real background and gravitas. The choice of Liam Neeson to portray Scudder is terrific because Neeson can play guys like this in his sleep (and has) but he knows that this character needs more depth. It seems strange to see Neeson killing people at the start of Fall instead of the dead of Winter, but this movie is different. It's not just another action flick where he picks off the bad guys, he has to solve the puzzle and manage his own failings along the way. This feels like a real movie and not just a popcorn filler for the afternoon.

The opening credits of the movie should be enough to give anyone with empathy some nightmares. This is another comparison to Fincher, who in Se7en, created a horrifying world through nightmare entries in a journal that is displayed in a gruesome, flashing manner. This set of titles is disturbing for a very different reason but it is equally horrifying. There are two shots in an otherwise artfully photographed set of images of a beautiful woman. When those two images are revealed, your breath will suck in and you will let out a moan of anguish. All of this happens without a spot of blood or gore. For the rest of the movie, there are additional sequences that will raise the hackles on the back of your neck. The sight of a van is going to make me look twice over my shoulder for weeks. This movie builds suspense, and does so with a limited amount of visual gore. It is exactly the kind of film I love. There are a number of moments that will remind you of gritty urban films from the seventies, and the paranoia that comes from a well developed monster.

Another homage, or ripoff, to Fincher is the use of a Donovan song. In "Zodiac" we hear Hurdy Gurdy Man as the first murders occur. While stalking a victim in this story, the killers have Atlantis playing on the stereo in their van. There must be something about the ethereal sound of Donovan's voice that perfectly matches the creepy vibe the directors are going for. For the first part of the movie we don't really see the killers but they are revealed to us in mundane ways that will also provoke a shudder. At the climax of the movie, the most frightening moment for me was not the face coming out of the shadows, it was a peek through a window, revealing a man simply sitting at a kitchen table, eating a bowl of cereal. If it doesn't freak you out, you must have the same kind of cold blood running through your veins. 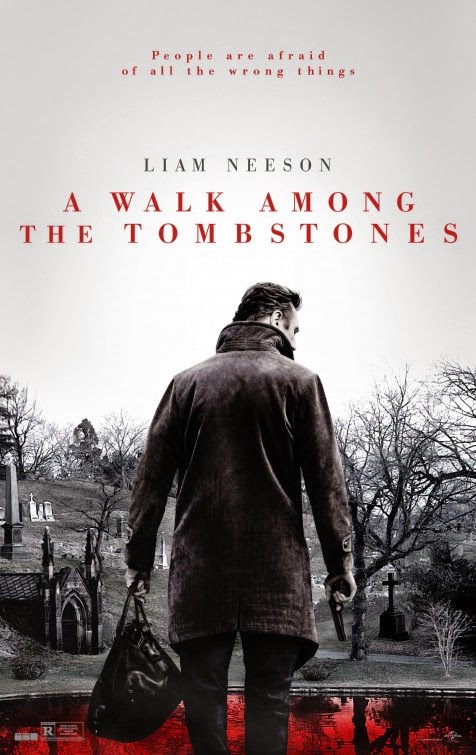 I did not recognize a single actor in the movie beyond Liam Neeson. Sometimes that type of anonymity is good because we are not carrying the baggage of other roles and different movies as we watch. The Two actors playing brothers in the story are both excellent and their story arc is another bonus to the depth of the movie. The two guys playing the psychos are so banal in appearance that everybody looks like they could be a killer by comparison. There is a young actor, playing a kids role that feels perfectly natural in the circumstances in which he meets Scudder. The only problem I had with the movie was the frequency with which that character has to act in a manner that belies his well established intelligence. Still, a storytelling short cut or two is inevitable in a complicated movie. Except for the fact that this is a thriller, it should be competing for awards at the end of the year. Since these types of movies rarely get the critical accolades they deserve, it is better for you not to wait. If you are not faint of heart, "A Walk Among the Tombstones" is just what is called for by movie lovers.

Posted by Richard Kirkham at 11:26 PM