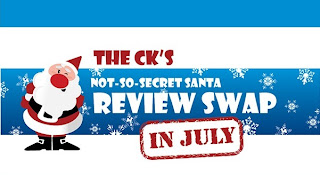 This was a happy assignment from the Secret Santa Movie blogathon currently running on the Cinematic Katzenjammer. I have known about this movie for more than twenty five years, but I never had enough motivation to sit down and watch it until now. For some reason I have always confused it with "Echo Park" another Tom Hulce film that opened a couple of years earlier. In fact, it took me several minutes to get used to the fact that this movies setting was going to be in Pittsburgh and not L.A.. After the introduction of several characters that were clearly going to be part of the plot, I realized these two guys were not moving together to Southern California. It should have been more obvious to me since the credits roll over a loving shot of the three rivers at magic hour with a golden hue that makes Pennsylvania pretty attractive. No way was this going to shift to the the urban lake park neighborhood south of Dodger Stadium.

Dominick (Nickie) and Eugene are fraternal twin brothers. Eugene is an intern at a local Pittsburgh hospital but is looking to do his residency at Stanford in California. Nickie is a garbage man, working for a city contractor. Nickie is also brain damaged as a result of a childhood accident, and needs a lot of help in order to function in this world. The dilemma faced by Eugene is how to continue his drive to be a doctor and still care for his brother, a man who needs a pretty strong structure to function in. They are approaching their twenty sixth birthday and their lives are at a transition point. The drama in the film starts off focused on this conundrum but takes off on a tangent in the third act. While the third act dramatics are the most exciting components of the story, they seem to be the least organic. Issues that may have simmered for ages, now become the central issue in their lives and it all seems to happen very quickly.

That last phrase is a bit ironic because the truth is nothing happens very quickly in this movie. It is slow paced and deliberate in showing the struggle that both brothers have to go through on a daily basis. We got a couple of minutes on taking the dog out to relieve himself, and several scenes where Nickie works diligently along side a couple of more colorful characters on the garbage truck. This does seem a little more necessary because it turns out that Nickie is substantially paying for his brother to go through medical school. So although Nickie is dependent on his brother, the reverse is true as well. Audiences used to a more frenetic paced film will be hard pressed to wait through the first hour where very little actually happens. The brothers convey a warm relationship in several scenes. Whether they are eating, sleeping or showering, it was clear that they love each other a great deal. Ray Liotta is not really known as a warm fuzzy type, but he is game here and does a pretty good job suppressing his more natural menacing persona. He is early in his career and has not yet been type cast as the thug or cop he usually ends up playing.

The central focus is on Nickie however, and it is his story that creates the arc of the plot. Clearly good-natured, Nickie is also vulnerable to local bullies and manipulative "friends". We are repeatedly told that he is not stupid but just slow, but that slowness puts him in some awkward positions and provokes the intervention of his brother on a couple of occasions. Tom Hulce is doing a role very similar to Dustin Hoffman in "Rainman" from around the same time. His performance was clearly the selling point of the film. If you look at the trailer above, you will see that his work in "Amadeus" is highlighted and that the acting job he does is meant to bring in the audience. It is indeed a solid performance. Hulce was nominated for a Golden Globe Award for Best Performance by an actor in a Drama the year this came out. 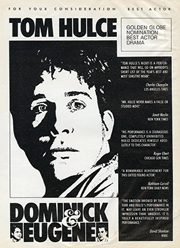 There is an analysis of the awards nomination process that year by Charles Champlin, who was the LA Times film critic at the time, which tries to explain why certain performances got overlooked at the Academy Awards. If you click on the picture to the left, it will take you to that article. He says it essentially comes down to timing. While I agree that timing has an influence I think there could be some other issues as well. This movie was nakedly marketed as Oscar bait from the beginning, I think there might be a little blowback on that. None of which means that Hulce isn't good. On the contrary, he is excellent and does not resort to overly dramatic vocal exercises or facial tics until the climax of the movie. Most of the time he gives us an honest portrayal of a man struggling to function in a world that is a little too fast and cynical for him to maneuver in. Anyone with sensitivity will be worried about him for the whole picture. Everywhere he goes, you think it is a chance for some disaster to happen. At first I thought it was going to be his co-worker on the garbage truck who would be the agent of disaster. The guy is too crude, earthy and belligerent for a soul like Nickie to fully comprehend. In the long run, despite his flaws, he turns out to be one of Nickie's support group (although not always a wise source of support). 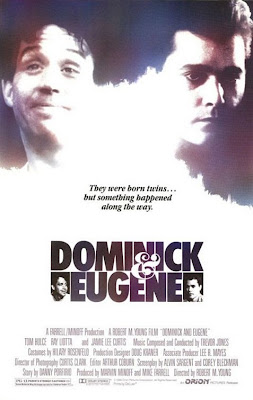 It is the other two friends that Nickie has that are the catalyst of the third act histrionics. If you like kids and dogs, this movie is going to be tough for you to watch. I understand the desire for there to be some "action" in the drama, but the events of the third act feel over the top and conveniently timed. It's not that they could not happen but they happen so quickly and with such obvious foreshadowing, that it feels overplayed a bit. It takes what was an interesting but slow character study into the realm of melodrama. I suspect a lot of people would enjoy the more active events in the movie. They lead to a somewhat satisfying resolution of the brothers emotional baggage, but it really feels like a scripted moment to me. Each of the brothers has baggage that they have to deal with. Guilt and resentment are laced throughout the story. It just seems harsh to require the events that take place to be the fulcrum for allowing those issues to get resolved.

Posted by Richard Kirkham at 12:36 PM

The video is private :(

Fine write-up, Richard. I've heard of this film, but never gave a chance to watch. I think I'll take a look. Thanks.

Unlocked it for those with a link.

And as for the review.. Great job at making me interested in a flick I have never even heard of. I love Hulce, especially after Amadeus, so I may have to track this one down. I can understand that third act issue as well, as a lot of movies like this tend to rush it at the end to wrap things up.

Thanks Michael, it is a little slow going but the characters are well developed.

If you are a fan Nick, you really have to give Hulce a shot here. After Amadeus, it is his most acclaimed role.