Last night we went to a screening of Logan's Run at the Arclight Theater in Hollywood. The film was in the Cinerama Dome, which is a stand alone structure right next to the main Arclight facility. The lobby of the theater complex is spacious, and there is a coffee bar, gift store, and a restaurant. There are two levels of theaters that you can purchase your tickets for at the  box office. Immediately behind the box office is my dream room come to life, take a look at this: 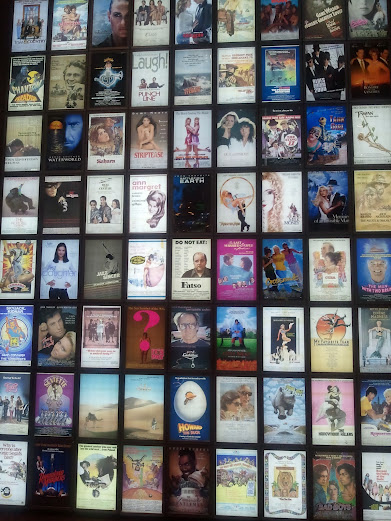 These are full sized movie posters, each in a light box, attached to the wall, stretching upwards of fifty feet into the highest part of the lobby.There are at least ninety posters here, although I can plainly see that there is one two part poster advertising "Ishtar" so maybe there are only eighty-nine movies.  By my count, I'd seen about fifty eight of of the films that appear here. Unfortunately, I only own four or five of the posters on display. I want them all but even more than that, I want a ceiling at least fifty feet high and thirty feet wide so that I can do this at home. I'm so jealous. 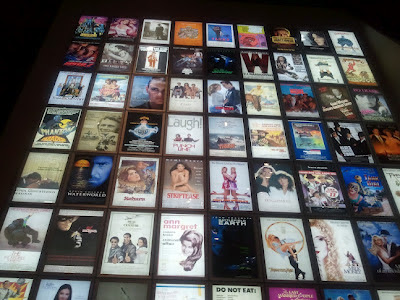 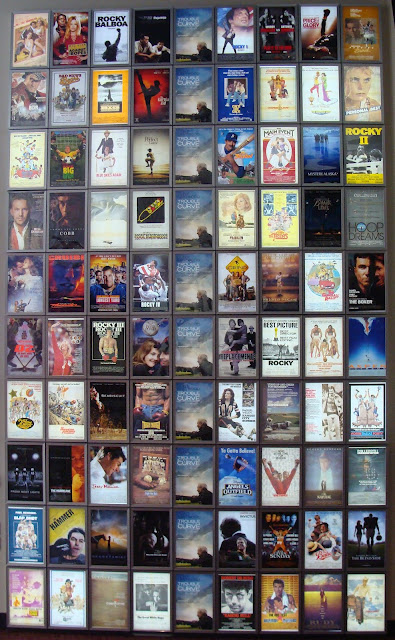 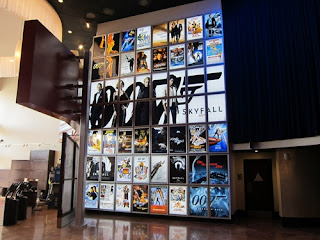 Here is an update based on the comment below. This is the La Jolla location not Hollywood but it is still awesome.
Posted by Richard Kirkham at 5:30 PM

I heard that the wall is filled with 007 Bond posters this week.

Man, i want to see that.