The Climax of the film has a satisfying and over the top exit for our villain. Auric Goldfinger gets a little weight management treatment and he learns about air pressure at the same time. 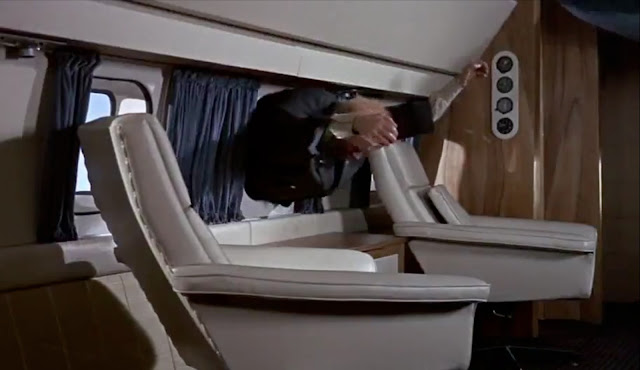 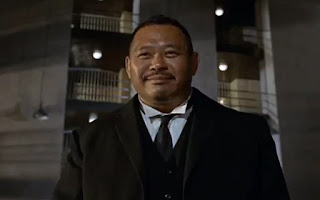 Many consider him the greatest henchman in the series. Unlike "Jaws" who ends up actually speaking in one of the films he is in, Oddjob never breaks character. He doesn't speak at all. He does however smile in a manner that should make James pull back his hand as fast as if it were the rattle on a snake. 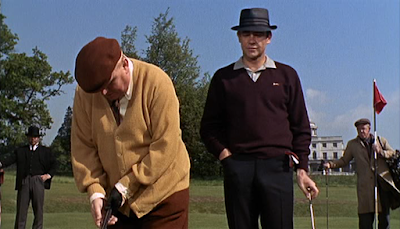 It is hard to believe that one of the coolest sequences in the film is not an action scene, but rather a nice stroll through the golf course, with a battle of wills that shows exactly how forceful this confrontation of characters will be.


Excuse me, what did you say your name was? 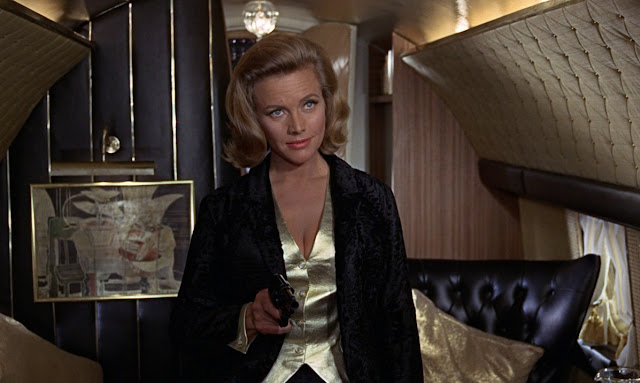 
I'm going to cheat because there are two iconic images that this film has left us with, both of which involve a body splayed out on a flat surface. Jill Masterson painted to death is an image that is hard to shake and it was the avatar for this film in almost all of the promotion. 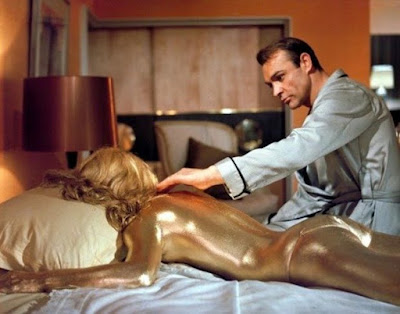 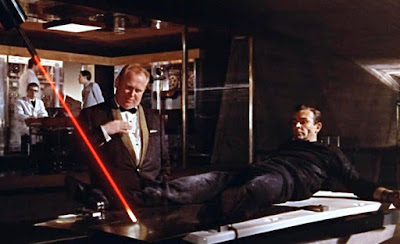 The second image is also widely parodied, why do you suppose Dr. Evil wanted his sharks to have laser beams on their heads?  The scene also includes one of the most quoted lines  from any James Bond film:


The Greatest Title song of all 24 James Bond Films. Shirley Bassey takes no prisoners and everyone else is left trying to match her for the next 50 years.

James Bond will return in "Thunderball".
Posted by Richard Kirkham at 7:00 AM