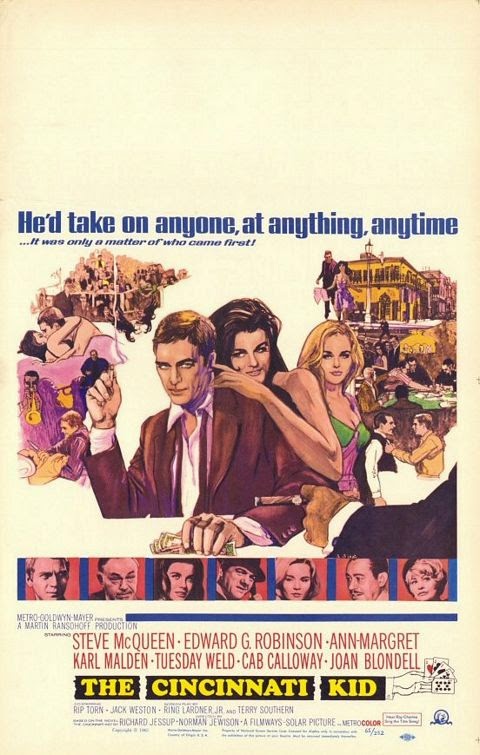 I don't know how anyone could not be a Steve McQueen fan. His laconic style was the epitome of cool back in the day. We lost him much too soon and his work as an actor is often overshadowed by his status as an icon. I remember seeing this film on television, probably on a Friday night, and watching it to the end and being hugely disappointed because of the climax of the film. Of course I was maybe twelve or thirteen at the time and the needs of an adolescent are not always the best way to service an adult drama (do you hear that contemporary Hollywood?).

After having sat through the tough and sad real life story of Lenny Bruce, my friend Michael and I queued up for a second helping of dingy drama, but this time in a much more romantic movie setting, the 1930s in New Orleans. This fictional story of an up and comer taking on "the man" at the top of the poker playing mountain, is filled with wonderful character actors, gritty sets and a jazz based score. Originally a Sam Peckinpah film, the producers replaced him with Norman Jewison and recast  Tuesday Weld in the part originally to be played by Sharon Tate.

Even though we we near the end of the line to get into the film, we ended up in almost exactly the same seats we had had just a few minutes before. I'd not eaten anything that day so I went to the concession stand to get some popcorn. It was nice that I did because at the back of the line of the concession stand I had to move slightly forward to allow the featured guest to get into the theater. That's right, Ann Margaret brushed right by me while I waiting to get some corn and coke. She did move by quickly but you can see that she retains the glow of beauty that has made her a star for fifty years. 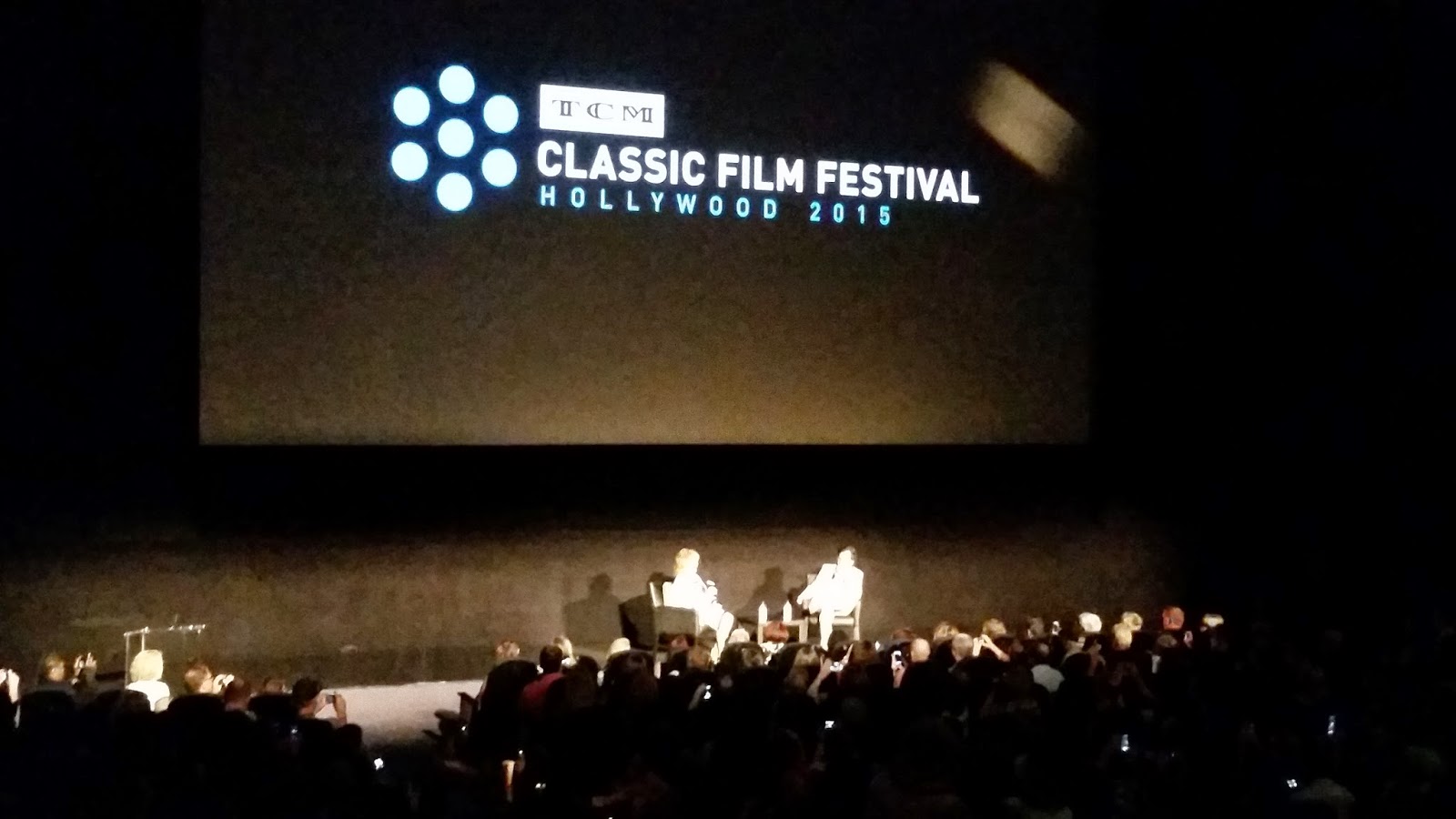 TCM Host  Ben Mankiewicz interviewed Ann Margaret before the screening of the film and she was delightful. They had done a Club TCM Interview earlier in the day, so there were occasional references to events that they had discussed earlier but the overall effect was a positive one. 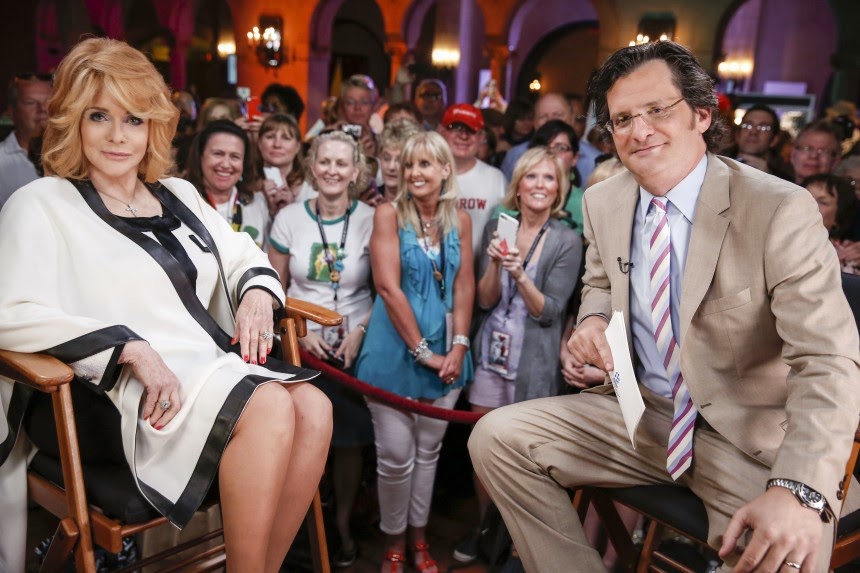 If you have not seen The Cincinnati Kid, let me recommend to you for the cool of Steve McQueen, the sensuality of Ann Margaret but especially for the seasoned wisdom of Edward G. Robinson. Robinson plays the top dog in the poker world, and he is appropriately confident, wary, and assured. Rip Torn is impossibly young in the movie and most of you won't recognize him.  The perspective that time has given me on the movie made it a very worthwhile couple of hours.

Posted by Richard Kirkham at 11:32 AM