I must tell you, I am pretty damn devastated right now. This movie is a tribute to the warrior spirit that defends us in some of the darkest places on Earth. The fortitude and physical stamina that it takes to become a Navy Seal is hard for anyone to imagine, and that's just the training phase. When these men stand up for us they take risks and make sacrifices that frankly put the rest of us to shame. There are moments here when you will wince with pain from what you are seeing, and then you will remember that you are only watching a movie and the men that when through it were not just acting, they were living and dying in this nightmare. Much like the brutal opening of "Saving Private Ryan", the combat sequences here are relentless and unforgiving. Director Peter Berg has made a real effort to put us into the fight visually and emotionally and he does a terrific job.

There is a slow build up to the mission's combat and that gives us a chance to learn a few things about our heroes. This was a group story rather than just focusing on the titular figure. Even the Seals that are not part of the ground team are given a place in the story. It is a tough culture of warriors that we are peeking at but they clearly have a sense of loyalty and comradery. It's clear that they are all capable, even the freshest among them. They are doing a job in a place that is far from home and all of them would love to be at home but as we hear in the narration, there is something that burns in them that makes this job their life. At the end of the film we get glimpses of what they sacrifice to do the job, and no one could say that they should not be honored for the choice they made.

The staging of the battle between the Taliban forces the Red Wing team encounters is up close and personal. We can see the injuries that they inflict and that are inflicted upon them. The spray of crimson in these shots is not the grotesque joke of a horror film or a mindless action movie. It is a visualization of the ugliness of war. Death can be sudden or it can be prolonged. The team never stops fighting for every chance they have, even when the odds are overwhelmingly great. There are two sequences that especially bring home the toughness and the desperation of the Seals. They are twice forced to fall back from positions in a way that is hard to watch. It is not a planned exit strategy but a nearly suicidal leap of faith that moves them down the side of the mountain. As the bodies spin through rocks, trees and assorted brush, we witness the brutal effect on the human form and roll our fingers up and duck our heads in coordination with the Seals. In a regular action film, you would see the spy/soldier/explorer walk away with a minimal amount of damage. This film shows you what the damage would really look and feel like. It is not something that you just brush off.

Some of the secondary team are taken out in a shocking moment that reflects the capricious nature of battle. We watch as four men fight for every inch of their lives and make the most of every opportunity they get, and at the same time we see a dozen others who get no opportunities and no choices and they are gone in an instant. All of them could have been in the fight if given a chance, but that is not the way war works. It sometimes snuffs out the strong and smart and brave without giving them the same valor, even though they deserve it no less. The four main actors are all excellent in their roles, but Mark Wallberg and Ben Foster deserve a little extra notice for the exceptional work they do in playing out the grim parts of the story. Foster's final scene is a heartbreaking combination of acting and direction that is sad and grim and real. Wallberg has an opportunity to actin some non combat scenes toward the end of the movie that reveal a little bit more about why we are fighting in Afghanistan. The Taliban may have been freedom fighting mujahedin at one point, but they are oppressive bullies who are trying to gain control over a population that is not all on their side. There are people in Afghanistan who want to be left to their own devices and traditions. We can only hope that they will be able to carry on when the U.S. has moved out. I was unprepared for the emotional wallop that the final act gave me and while the movie tries hard to remain non-political, this part of the story does carry some weight in explaining why our presence has been needed. 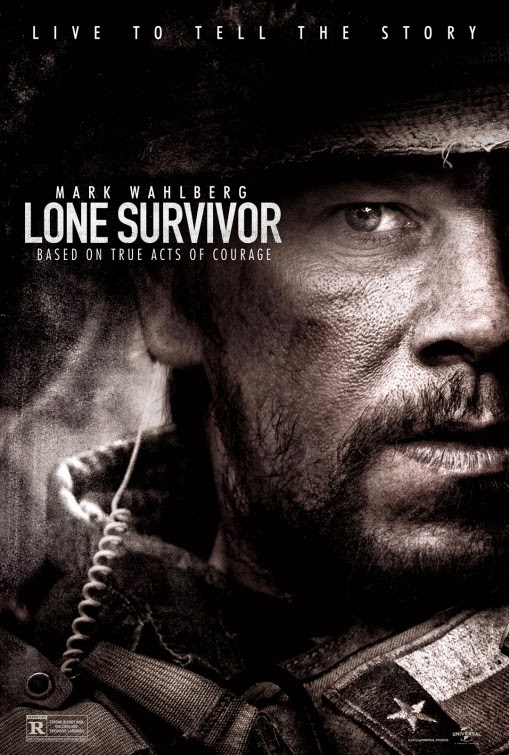 We were originally scheduled to see this when it opened wide, with our friends who currently have a son serving in the Marines in Afghanistan. I know they would be proud of all the American forces fighting on our behalf, but they might also be reminded of the danger their oldest is in. This is the kind of film that honors American efforts in the war on terror rather than mocking it. Hollywood has tried to feed us stories in the past about American hubris or arrogance in these conflicts. Certainly we have been less than perfect, but an audience should get a chance to see the valiant efforts of our troops as well as the faults in our policies. This film has been a success because it is a well made look at real people doing an unimaginably difficult job and trying to live up to the values we want the world to know us by. I may have lucked out that our plans fell through to see this with them, I escaped the specter of weeping in front of my friends and knowing that they have so much more reason to weep than I do. Thank Goodness we have such men to depend on.


Posted by Richard Kirkham at 2:33 PM

Thanks Doug, I'll look at it when I get a chance.