Drew and Bob: The Masters of Movie Art

The great video above is from "Beyond the Marquee" and is part of an ongoing web series devoted to the movies. We had the pleasure of visiting the exhibit the day of the reception. Unfortunately our plans for the evening precluded us from staying for what looked like a wonderful gathering. Tom Peak, the son of artist Bob Peak was there early and he spoke to several of us about his father's work. I saw Drew Struzan pull up and get out of his car just as we were leaving. It took a lot of energy on my part not to blow off our plans for later in the evening and just follow him inside.

I'd taken one cell phone shot before I noticed the sign asking that there be no photography. I stopped immediately but after seeing the work displayed in the above video, my guess is that it will not offend anyone too much if I share that picture here. 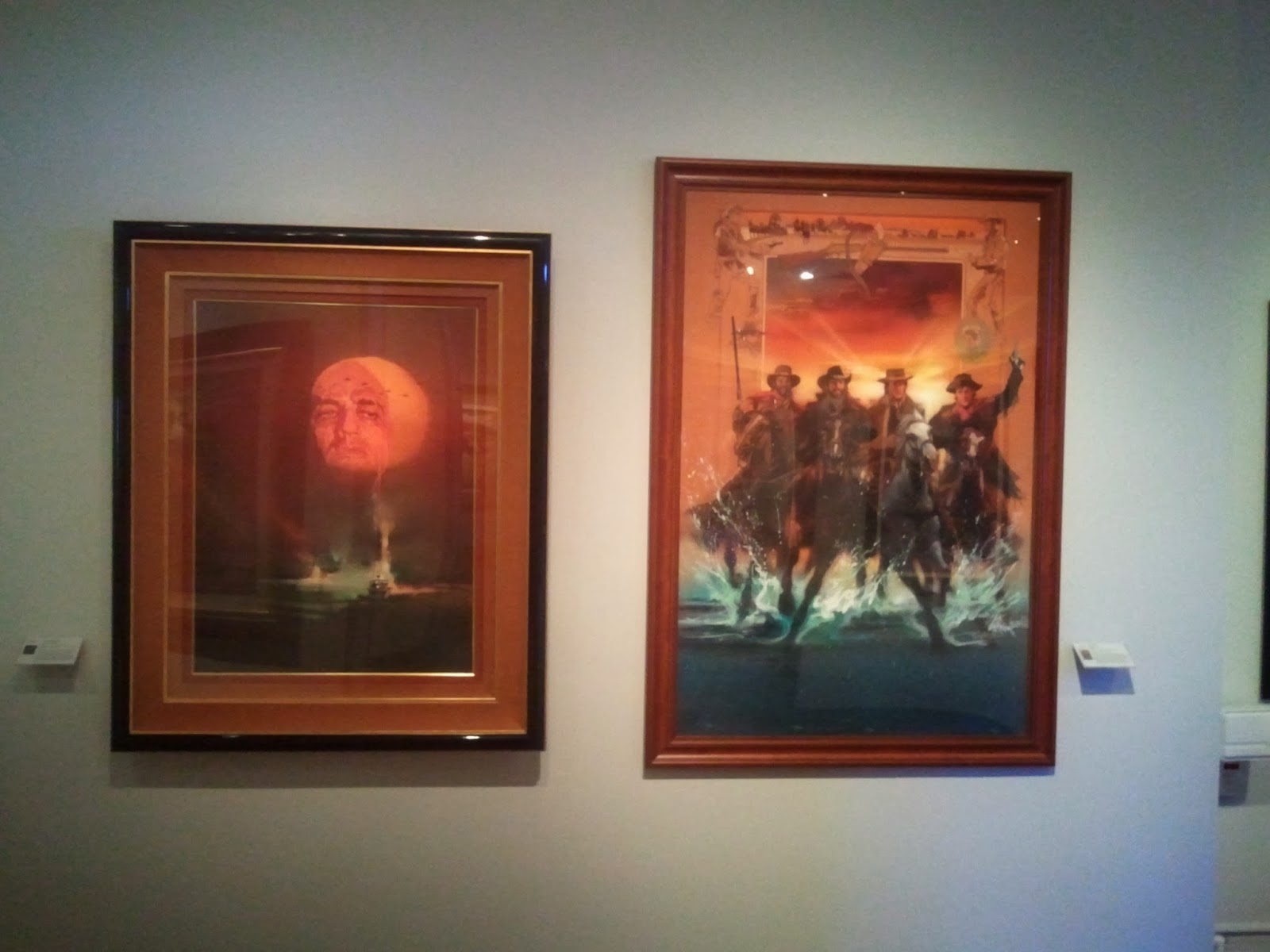 The works here are by the late Bob Peak, an artist who defined movie illustration design in the 60s and seventies. I'm staring straight ahead as I type this and I have his work for Excalibur on the cover of the Laserdisc on the wall. According to the exhibit notes, Bob Peak was most proud of the campaign art he did for "Apocalypse Now". This art for "Silverado" hung on my wall in the form of a poster for several years. I may dig it out and return it to it's previous spot.

I have written a couple of posts on the Drew Struzan documentary, including the listing on my ten favorite films from last year. The exhibit gave me a chance to see the detail work on some of those iconic images. I envy those with the powers and imagination to create in this manner.

If you are in the Southern California area, you really should take the trip over to Forest Lawn Glendale to see the exhibit. The museum there is lovely and although it might be disconcerting to be at a cemetery, the views are spectacular and it is free. 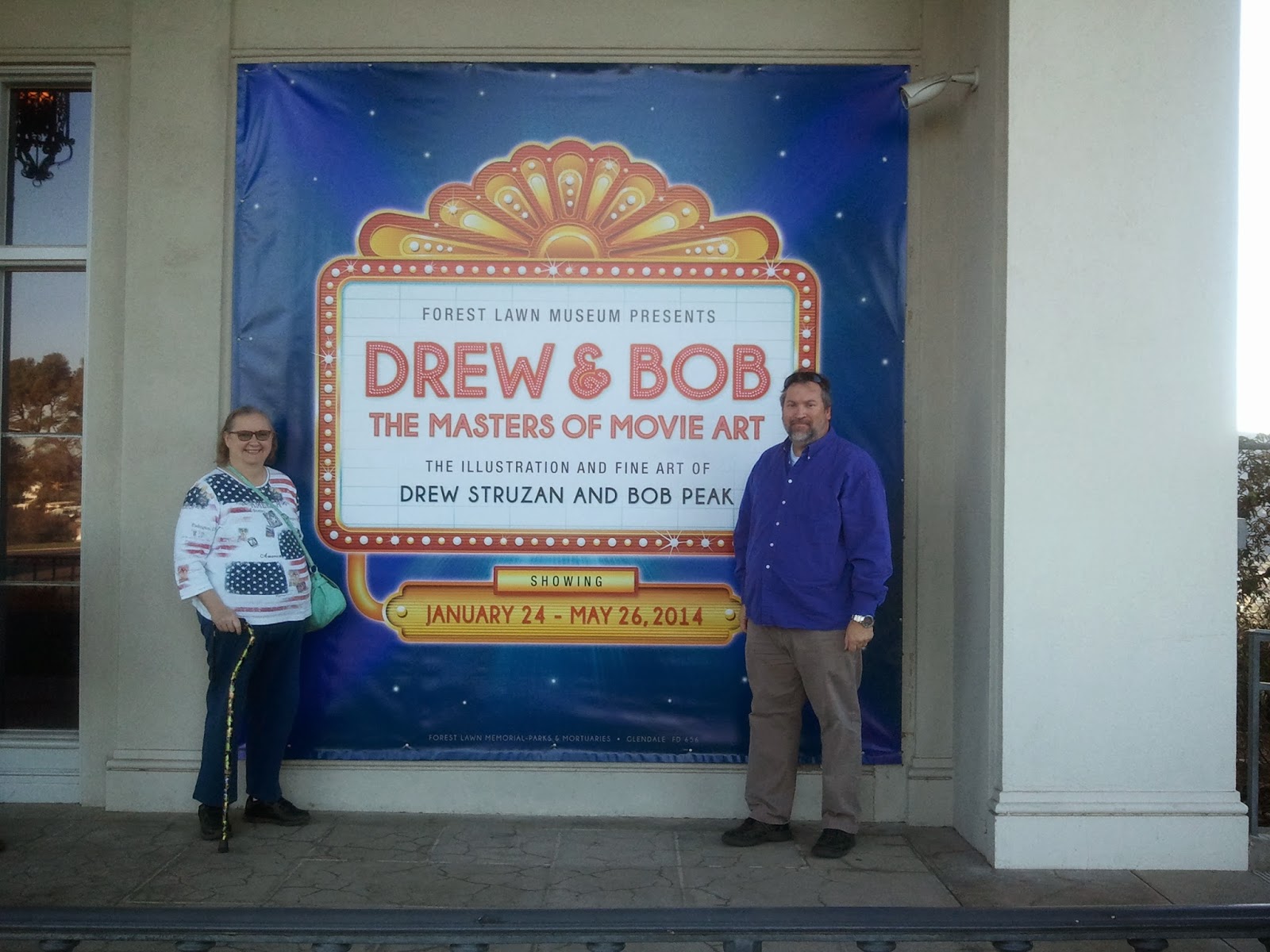 Posted by Richard Kirkham at 6:29 AM