The Right Stuff with Phillip Kaufman


For Veteran's Day we celebrated by attending a special screening of "The Right Stuff" , sponsored by American Legion Post 43 and the American Cinemateque. Before the show however, we took advamtage of an opportunity to visit the Hollywood Heritage Museum, across the street. The event planners arranged for a two hour window for guests to stop by this intimate little piece of history after regular hours.

The Barn, as it is referred to , contains materials from the earliest Hollywood studio, founded by some of the giants of the industry including Jesse Lasky and Cecil B. DeMille. 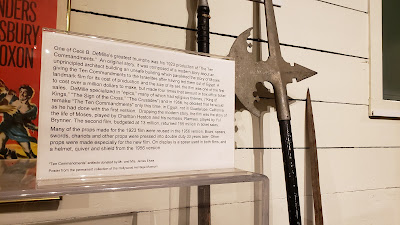 If you are a film fan, it is a great place to stop for an hour or so, which is about as much time as we stayed before moving on over to the American Legion post.

Amanda and I had been in the theater at the Legion Hall back during the TCMFF in April. The building is a fascinating structure that dates back decades and has intimate spaces in the basement as well as the beautiful theater on the main floor. I'd noticed on my check in on Facebook that one of my Facebook friends was also in attendance. Lawrence Kaplowitz is a gentleman I follow on Facebook, I joined a TCM fan page and he posts there regularly. I located him and his new bride a few rows in front of us and I went up and introduced myself in real life. We chatted for a few minutes and it was nice to speak with another film fan in Southern California who has some of the same interests as I. 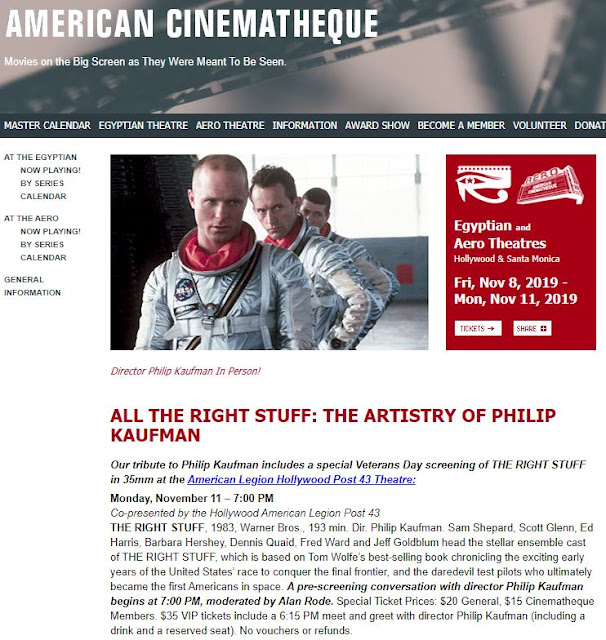 In addition to all that I have described, and the movie were were about to see, the event was special because it was being introduced by the writer/director of the movie Phillip Kaufman himself. Author and Legionaire Alan Rode, interviewed Mr. Kaufman about the film for nearly forty minutes. We heard about the casting process and the relationship he developed with Chuck Yeager. The clever use of traditional old school special effects techniques to simulate the aircraft and launches was interesting. He also briefly touched on the prior script by William Goldman and discussed why he felt it was necessary to change it. Ultimately he wanted that first hour to be about the test pilots that made having "the right stuff" so important, especially Yeager. 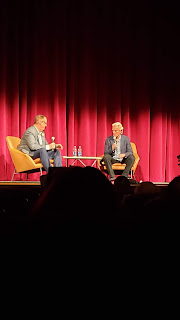 Kaufman did say actress Veronica Cartwright was in attendance last night but I did not get an opportunity to see her. All of the actors got a round of applause as their names came up in the credits. This was a 35mm presentation and it looked and sounded great.


If you want to read an LA Times article on this event, I have linked it for you here.

"The Right Stuff" is one of two films from the 1980s [the second being Amadeus] that I would include on my top ten list of all time. It was in fact my wife's favorite movie and I did have a few moments of wistful nostalgia as it played out. She spent her first few years as a child in the high desert area. Her brother worked at Edwards Air Force base and the China Lake Weapons Station. We visited the museum there, where you can see the original X-1.

The story of the launch of the space program is of interest to all but especially to we baby boomers who lived through that time. We knew the astronauts and watched the launches and followed the progress of the Mercury, Gemini and Apollo programs closely. The film manages to make each of the original seven astronauts interesting, although in the big picture of the film Deke Slayton, Wally Schirra and Scott Carpenter  end up in the background. Shepard, Glenn, Grissom and Cooper are the main pillars of the story. I think the standout performance is Fred Ward as the gruff and unfairly judged Gus Grissom. My colleague on the Lambcast does not like Dennis Quaid but I find him perfectly cast here and he provides much of the humor that makes this film so memorable and real.

Bill Conti's score is triumphant and patriotic and exactly right for the tone the film is pursuing. There is effective use of source music as well and this was my introduction to Holst's "The Planets".

I wrote about this film for my series "Movies I Want Everyone to See" and I urge you to visit that post to get a more complete discussion of the film. 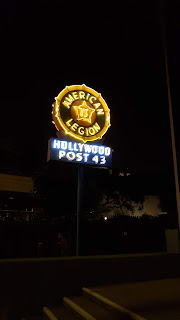 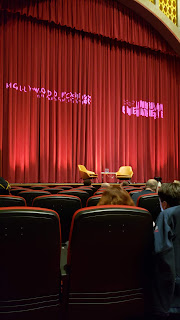 Posted by Richard Kirkham at 3:30 PM

In this world of constant competition, it is difficult to survive as a self-pub author. Every detail matters and getting reviews is a big part of my marketing strategy. I ordered a few reviews from https://usabookreviewers.com/christmas-gift to get more visibility and sales this Christmas season..