Happy Texas [Movies I Want Everyone to See] 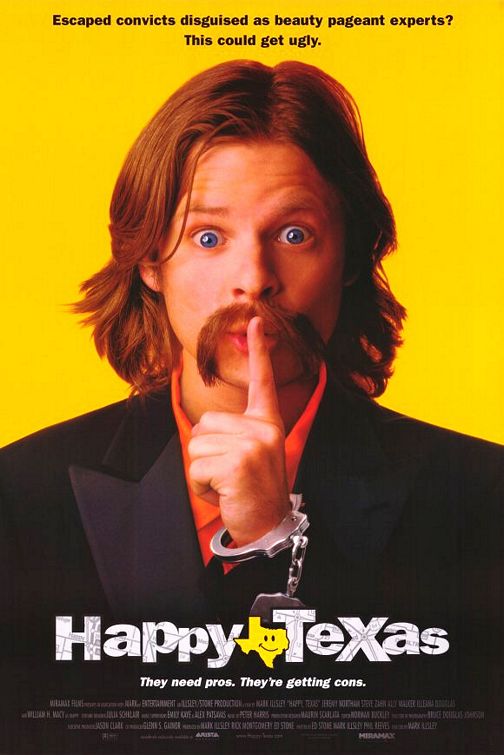 The world is full of little movies that have charm, whimsy and a great story to tell. Once in awhile, a movie like that catches fire and becomes a critics and audiences darling. “Little Miss Sunshine” is a good example of that. It went on to garner Awards and sell tickets and DVDs for years. Unfortunately, that was not the fate of my first entry for FMR. “Happy, Texas” did enjoy some solid reviews and everyone I know who saw it has told me they enjoyed it immensely. That would be three people. This movie was made on a small budget of 1.7 million dollars, and it brought back 1.9 million in U.S. box office, without any International release that I found. That means that it lost money, because budget does not cover prints and advertising. Putting the movie in theaters cost someone some cash.

Now the film has been available since 1999, so some may have seen it on home video in some format or other. I hope you are one of those lucky people, but even more than that, I hope you are one of those people who has yet to see it and you have this joyful experience to look forward to. While I do think it has a high level of repeatability, it is a great discovery that will bring huge rewards to first time viewers. There is a funny premise, a heart warming story, and some of the best character actors around filling up the screen. This movie is flat out funny with quotable lines and awkward situations, as well as a simple plot device that drives much of the fun.

Harry Sawyer and Wayne Wayne Wayne, Jr are two convicts who get caught up in a prison break by a violent offender named Bob Maslow. They are not particularly dangerous but even more telling, they are not particularly smart. This film is not a slapstick based on their stupidity, it is a character story that follows the misadventures they get into, every time they make a decision. The biggest choice they make is to take on the personae of the two men from whom they steal an RV, in an attempt to hide in plain sight and gain access to some cash. This requires them to pass themselves off as pageant consultants for little girls in the small town of Happy, Texas. What follows should not be revealed too much, except to say they both succeed and fail in their disguise. 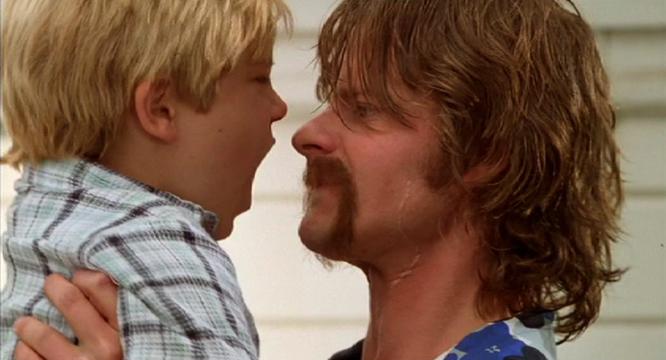 The two leads are played by Steve Zahn and Jeremy Northam. Northam was in the middle of the high point of his career. He had been the lead or co-star in several well reviewed “tea on the lawn” English style films such as “Emma”, “An Ideal Husband” and “Gosford Park”. He is one of those talented British actors who manages a very effective American accent in this movie. Zahn is a comic genius, who takes goofy oddball characters and manages to make them endearing without becoming too cloying. Wayne Wayne Wayne Jr., bounces between being a borderline nut job and a warm hearted good ole boy. Whereas Northam has two love stories to tell, Zahn has a half dozen, including a romance with local pageant director Illeana Douglas. It is his commitment to the role that he has taken on that makes the film so funny. Harry just wants to get the money and get out but he is tripped up completely confounding romantic entanglements. Wayne gets sucked in by the little girls he is trying to make pageant worthy.

There are several wonderful performances by talented old hands. M.C. Gainey, has made a career out of playing menacing criminal types on TV and in movies. He is the heavy in this piece but has a few well placed lines and looks that add to the comedy as well as building up some tension. Ally Walker is smoking hot as the banker that Harry is trying to get close to in order to score the money he and Wayne need to make good their escape. The prize performance though belongs to William H. Macy, as Sheriff Chappy Dent. He is a small town sheriff with a heart too big, even for Texas. When I first saw this movie I was sure he would be up in the same category for the Oscars as he was just a few years earlier in “Fargo”. It is a part that could be lampooned and made fun of but he turns it into a solid role that makes you care for the character. He is a figure to empathize with and to respect. I think it is the lack of exposure that denied him in this go round. Never the less it is a great part and you will love the way he is described by a fellow lawman in the action sequence near the end of the picture. It is a classic line that bears repeating whenever the opportunity presents itself. 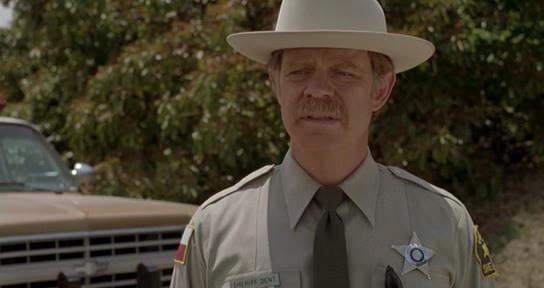 The other kudos go to the set of little girls that play the hopefuls in the pageant. They give back what is put before them in terms of performance. When we finally get to see the whole routine they have prepared for the competition, it is as funny and charming as the talent dance in “Little Miss Sunshine”. All the effort that went into making the story work pays off with a display that is believable and charming on it’s own. The plot issues may seem a little pat, but they are secondary to the characters and the performances. This is a movie that sets out to create a specific tone and you know it is deliberately trying to move you in a sentimental way. What is so delightful is that it succeeds regardless of your defenses. 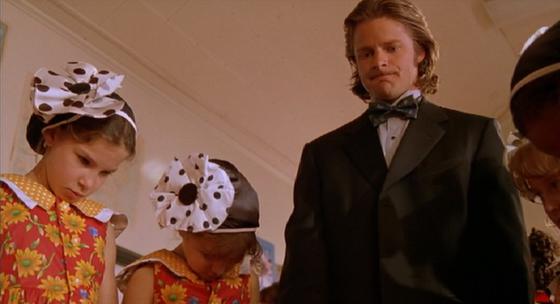 If you want to be entertained by a movie that creates great characters, features wonderful performances and provides a satisfying resolution, than “Happy, Texas” is for you. If that’s not what you are looking for in a movie, then this column may not be for you. For my part I love it when a movie hits me in the heart and knocks me over the head at the same time. This is the kind of movie that makes me Happy.

Representative Quote
Wayne Wayne Wayne Jr.: Okay, God, just... want you to look down on these girls here. They're like little flowers, and the rain you send 'em gutta be gentle and sweet. We come to you today, and we ask you to just... help 'em - help us grab this pageant by the balls and rip 'em off! I mean, if those judges don't like us, then screw 'em. These girls here - they're talented, they're pretty, and if those judges say anything different, then I hope that on Judgement Day you put their asses through a meat grinder!... Amen.

Richard Kirkham is a lifelong movie enthusiast from Southern California. While embracing all genres of film making, he is especially moved to write about and share his memories of movies from his formative years, the glorious 1970s. His personal blog, featuring current film reviews as well as his Summers of the 1970s movie project, can be found at Kirkham A Movie A Day.

Posted by Richard Kirkham at 9:57 PM