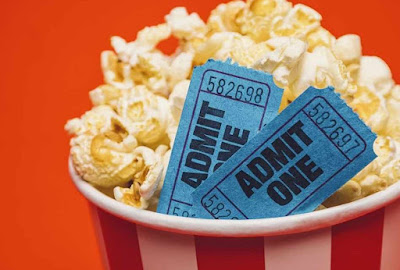 Two years ago, I had the thought of looking at my collection of films and picking out some movies that would be perfect for a Summer evenings entertainment. With the current pandemic, most people have been streaming until their eyes are red, trying to fill the time that would normally be taken up by baseball games, family picnics, and a trip to the local movie house. People I have spoken too are binge watching gruesome murder mysteries, depressing true life documentaries and new films made for the streaming services (oh yeah, and Hamilton).  Hey, I stream with the best of them, but I also still rely on my physical media to get inspired. So with an aim to keep the mood light, the family engaged and to dig a little into the past, here is an updated list for your Covid Summer Family viewing pleasure.

Once the king of 1990s family comedies, Allen has reverted back to television for the most part, with occasional returns as Bud Lightyear in the Toy Story Films. After the turn of the century, Allen's star dimmed a bit with some films that did not perform at the box office, and which may have been missed by you the first time around. 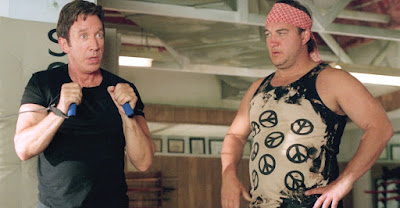 Allen plays a mid-level managerial type, who is not really appreciated at his job. He crosses paths with another employee, known to be a bully, who is physically bigger and more assertive than the mild mannered character Allen plays. What ensues is the equivalent to a schoolyard challenge to fight in the parking lot of their mutual employer on a given date. There is of course a moral to the story, but there are also some pretty good laughs along the way. 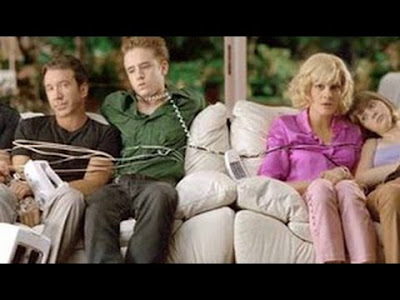 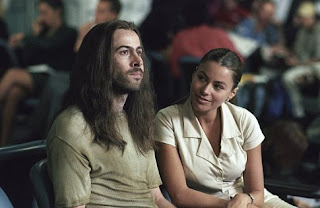 You don't have to add the words "...in Little China", this is a completely different film. It's release date was pushed back several months in 2001 due to the terror attacks on 9/11. The plot of the film features bumbling criminals obtaining a nuclear device, while crossing paths with an ineffectual single Dad and a mob hit. The cast is phenomenal, with pros like Rene Russo, Dennis Farina and Stanley Tucci backing up Allen. It's a Barry Sonnenfeld directed film, and I quote it regularly almost 20 years later. 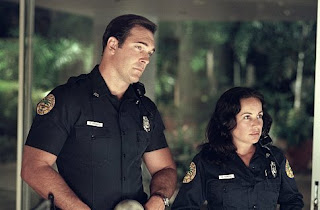 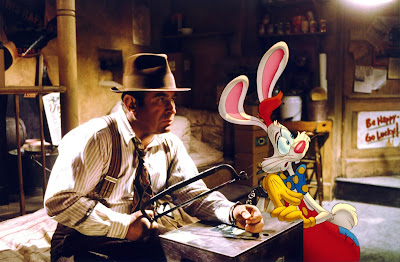 It is certainly not a forgotten film, but it may have been a while since you checked it out. It is a technical marvel and the lead performance by Bob Hoskins should have been an awards contender. The not so secret weapon here is the supporting cast, all the toon from the old days. This mixture of live action/animation and film noir is also very funny and perfect family entertainment for a July or August night with the kids. 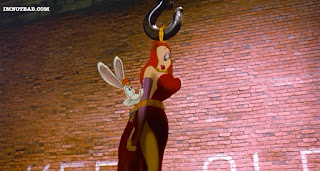 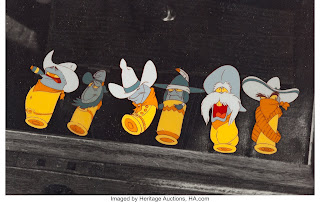 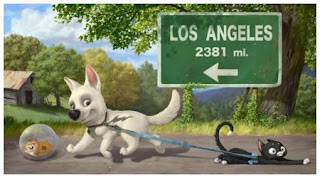 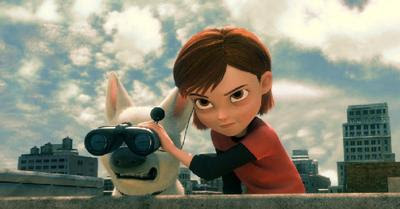 A Disney film in the Pixar Style with a sly satire of Hollywood entertainment built in. Beloved TV Star Bolt, is under the impression that he really is a superdog with powers that he uses to protect his beloved little girl. There are supporting animals and a spy theme.

So if you are a regular reader on this site, Dogs+Spy Stories+Hollywood Satire= Recommendation. 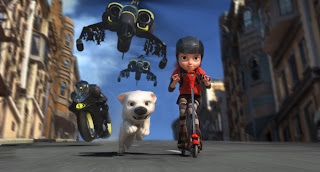 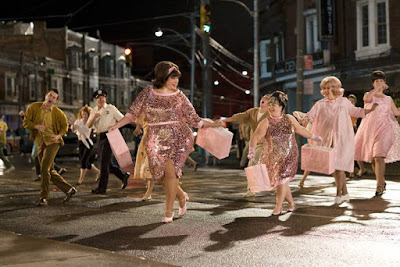 Because the John Waters feature that the musical was based on featured the Cross Dressing Divine playing the Mother of our ingenue, the trick is repeated for the film version of the musical play, with John Travolta wearing the dress and the fat suit (before he no longer needed it). This 2007 musical has a nice open minded theme to promote, but even better, it has great dancing and fun songs. 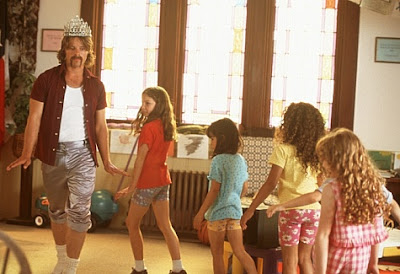 An oddly matched pair of prison escapees pass themselves off as a gay couple who prep girls for children's beauty pageants. This late 90s comedy is stolen by Steve Zahn, but William H. Macy gives him a good run for the money in character charm. There is some violence and language issues but tweens and teens can watch with the family without too many worries. A detailed review for this is available in my collection of Movies I Want Everyone to See, it was originally published in 2013 but it is reprinted on this site as the post immediately prior to this. 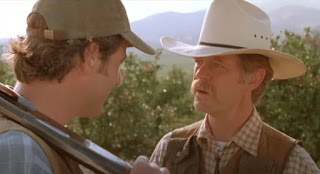 One of the first indicators that straight comedies were dying, The Internship has a solid premise, two reliable comedy stars and an incredible product placement campaign that is not subtle at all. It still did no business and mid level comedies started drying up right after this. Don't worry, it was a function of audience trends, the movie is plenty entertaining with a PG-13 attitude. 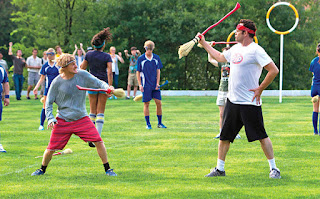 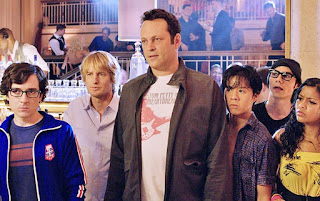 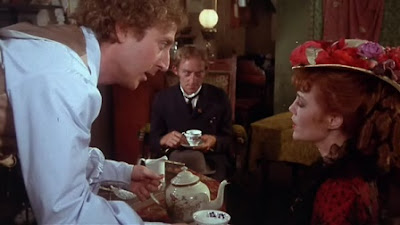 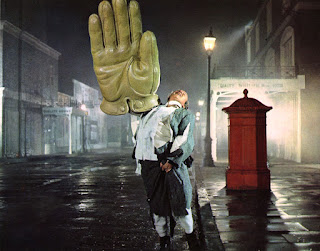 Gene Wilder wrote and directed this slapstick take off on the great detective. This movie is clearly influenced by the movies Wilder made with Mel Brooks and it features many players you would know from films made by Brooks. It is a period piece with swordfights and carriage chases and an opera scene that is quite amusing. Not as widely known as many of it's contemporaries, it is worth a dive to find it on Amazon.

You've heard of serial criminals, the is a movie about a serial crime. This is a heist film with several different heists built in. A cast of 1970s stars including Robert Redford and George Segal, have the unfortunate luck to be stealing a cursed jewel for an African Government. The best laid plans go astray, over and over again. Maybe a little slow for modern audiences, but a breezy sense of humor passes the events very effectively. 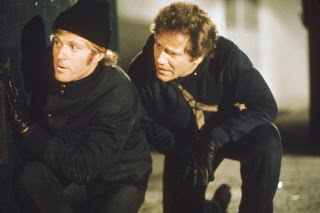 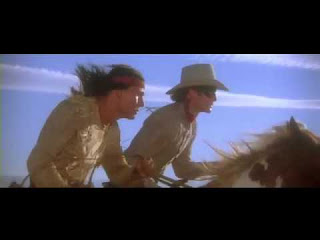 This movie does not have a good reputation, but that is unfortunate. Although it is a little clunky at times, it is a solid introduction for younger viewers to Westerns in general, and the character of the Lone Ranger in particular. Star Klinton Spillsbury, made only one feature, and it is easy to tell why. Everyone else is fine however, including Christopher Lloyd in one of his many 1980s villain incarnations and Jason Robards as an appropriately gruff Ulysses S. Grant.

Posted by Richard Kirkham at 11:08 PM