How to Train Your Dragon Double Feature

One of the great surprises I've had in a movie theater in the last five years was "How to Train Your Dragon", an animated kids movie that created an amazing world with two exceptional characters to carry us into it. I have it listed as my second favorite film of 2010 and I feel happy to know that it exists in the world because it will bring huge pleasures to those that discover it themselves, and who would not want to live in that world? Hiccup and Toothless formed a incredible duo in that film. Each needed the other to complete a whole. With a primarily silent performance, the Dragon steals every scene he is in. Last night we went to a double feature to launch "How to Train Your Dragon 2".  When we saw the original movie, we had skipped the 3D version and I always thought the flying effects would look amazing in that format. So it turns out I was right. "How to Train Your Dragon" looks wonderful on the big screen and the flying sequences will pull you in and cast a spell over you as you thrill to the play in the skies. 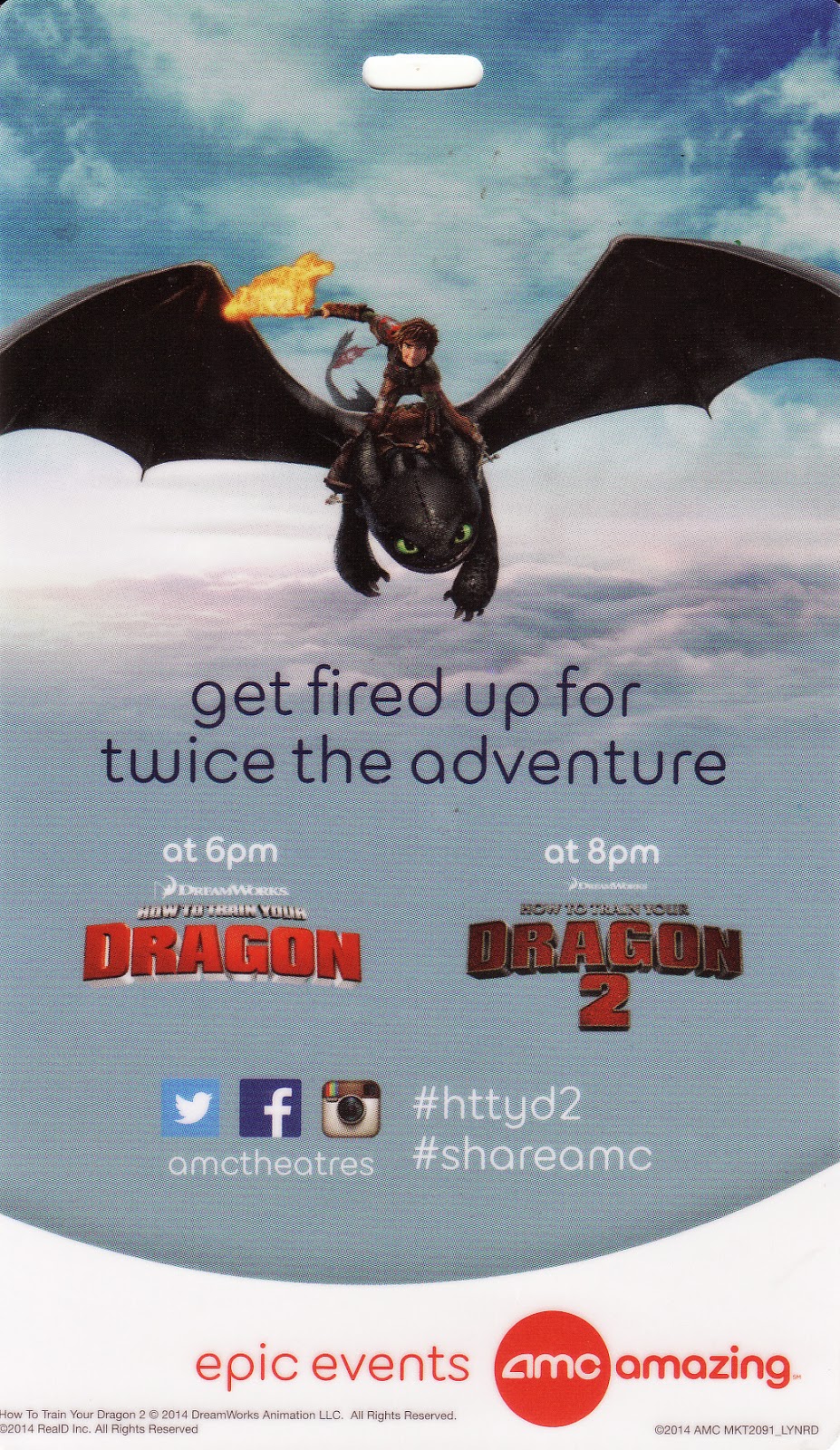 The viking village of Berk is besieged by dragons, that steal their sheep and other domestic animals and generally reek fire from the sky on the community. "Hiccup"is the odd kid in town who can't just seem to fit in with the rest of the vikings. He is an inventor and a dreamer. He wants to live up to the standards of the rest of the kingdom. Especially tough is matching the dreams of his father "Stoic the Vast". The comedy grows out of his awkwardness with the other viking teens and trying to learn the skills of a dragon killer. There is however a big secret, he has managed to form a bond with the rare, previously unseen Night Fury Dragon. Their friendship is the soul of the movie as the culture clash between vikings and dragons has to be resolved and Hiccup must stand up for himself and his friend. The voice casting was just right and Gerard Butler, Jay Baruchel and Craig Ferguson provide emotional depth and comic highlights throughout the story.

The animators have taken a fierce dragon and turned him into the best puppy a kid could ever hope for. "Toothless" is smart, loyal and has a sense of humor that matches the best of us. That the vikings have a hard time coming to grips with this in the first film is a strong example of how our prejudices create blind spots for us. In the end it all works out but not without a cost. There is a thriving new Berk, and there is the promise of more adventure to come. That was the hope four years ago and now it is time to payoff. I can safely say the movie is a success, if not a total one. I think "Dragon 2: suffered a little bit in my view from having to follow the first film immediately in our screening. The first shone so brightly that the shiny parts of the new movie look just a little more subdued. 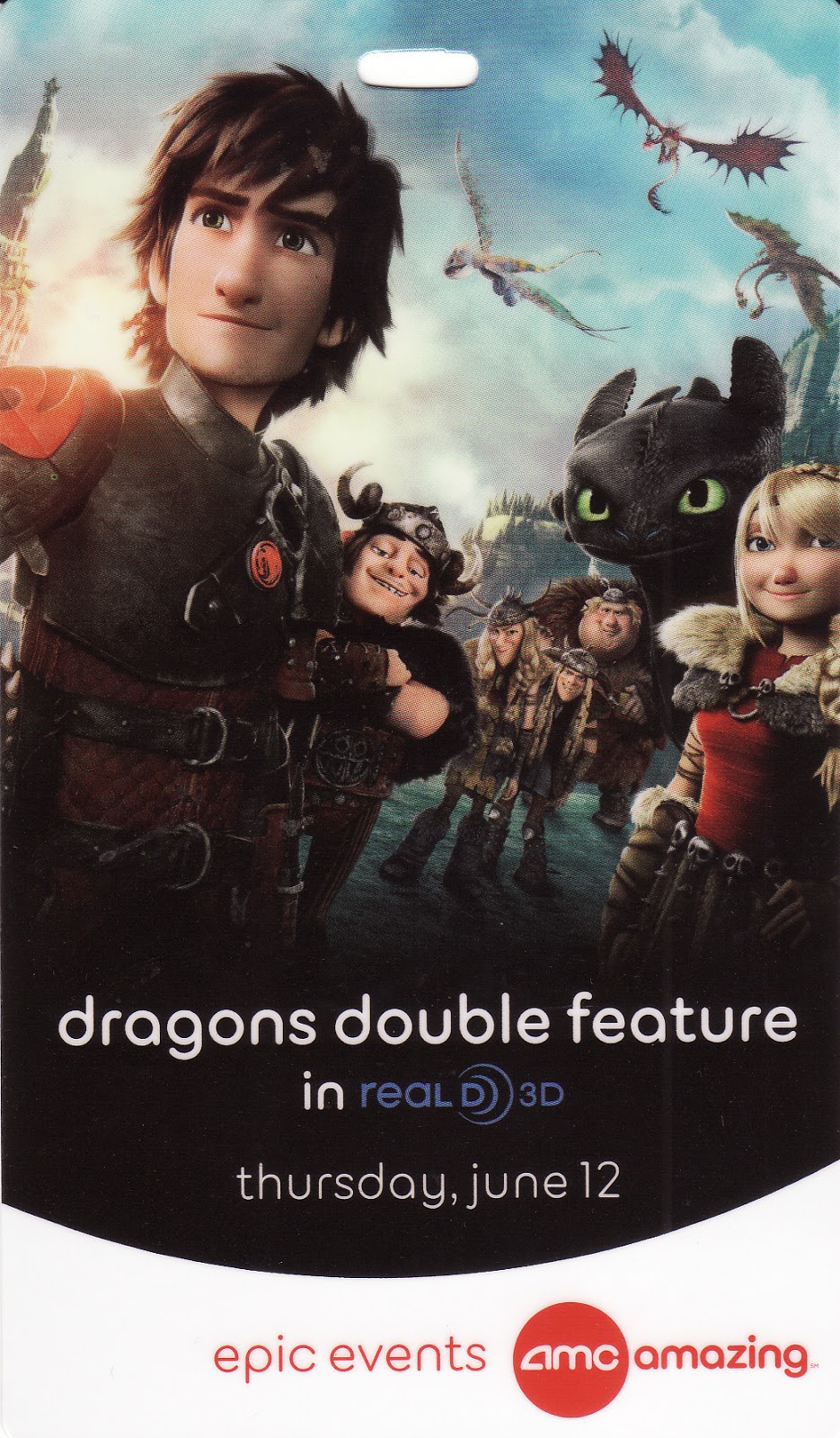 To start with, the cute and awkward teens are adults now and not quite as funny as they were in the first episode. "Hiccup" is something of a hero and well respected even though he is still a little bit different. His romance with Astrid continues and Stoic is confident enough in him that he wants to install him as the chief of the village early, a position "Hiccup" is not sure he is ready for. On the horizon is a new threat, a mysterious outsider named Drago, who years before had offered to control the Dragons if granted power. The other chiefs rejected him and now it appears he is back with plans of his own. Drago also has a relationship with dragons, but instead of it being symbiotic it is parasitic. His power threatens the new community of dragon riding vikings and the lives of the dragons are at stake. Another figure has also surfaced, one that means to keep dragons free and safe in a hidden kingdom. Of course that is not going to happen if Drago gets his way.

The new characters are adequately introduced and there is a logical set of conflicts set up, but it feels a lot more traditional than what happened in the first film. The conflict allows for some grander battle and some wonderful flying sequences. There is also a moment that is very disturbing for all the lovers of the Dragon's especially our heroic "Toothless". This is based on a concept that does exist in the natural world, but that may be hard for the younger kids to quite comprehend. It also end with a strong dramatic punch in the guts that may devastate fans of the characters. New characters and the old do manage to come together to confront the threat to their whole way of life.

I would have enjoyed seeing more of the Berk villagers with their dragons. There were two or three quick glimpses of the warm relationship they have developed, but other than "Hiccup" and "Toothless" we don't get much depth on any of those relationships and that felt a little weak. We are introduced to a vast aray of new dragons as well and most of them do not develop in very distinct ways. Unlike the first film where character is part of the story, this felt like the story was driving all the characters. It works but it did feel different enough that it was noticeable to me. In summary, everything works and the movie is beautiful, but it does seem a bit different. The two main characters continue to be the spine of the story and they go through enough drama here to make it a story worth telling. My quibbles are minor and I suspect that this film will be one of the big successes of the summer. I will also suggest seeing it on the biggest screen you can. We were a little miffed because the screening for the first movie was on an over-sized screen and then we were moved to another theater of the second feature, That was really strange and the second feature (which is the new movie being promoted) suffered a bit more by comparison.  It's not as fresh but it is a lot of fun and there is a friendship at the center of the story that makes it all feel right at the close. 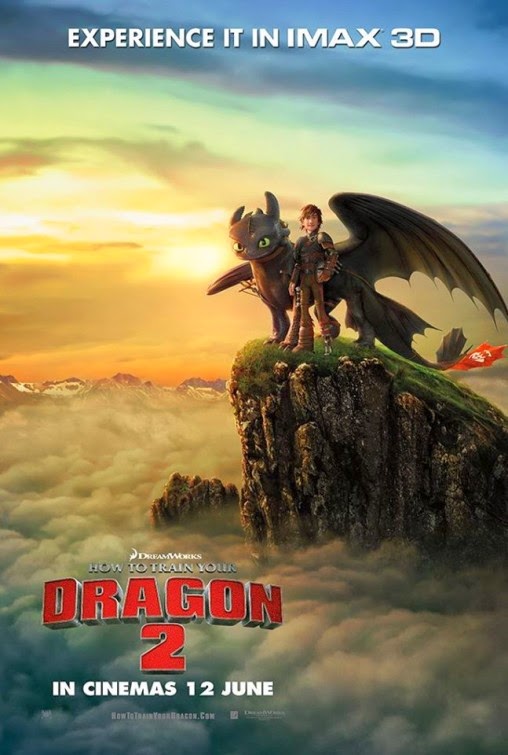 I need to watch these, as I've not screened either to this point. Keep hearing how great it is. Thanks, Richard.

Lucky you, this is still to come and you have something to look forward to.