This was the last of this years Best Picture nominees that I needed to catch up with. I saw it yesterday at the AMC Best Picture Showcase along with four of the other nominees. It has an amazing original take on technology and humanity and the vision of the future is realistic enough to take seriously some of the concepts that are presented here. Joaquin Phoenix stars in a meditative and sad performance that was surprisingly un-nomiminated this year.There may have been some talk of Scarlett Johansen being included for her voice work, but that technological breakthrough will not be coming to the Academy Awards first. Someone else is going to need to push that part of the envelope. 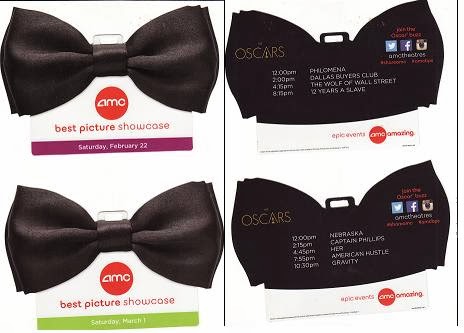 In the not too distant future, humans become so dependent on technology to connect with each other that they begin to fray at the edges. Theodore is a writer of letters that are personal expressions of deep emotions, the only thing is they are not letters written for him but by him. He works for a company that is paid by others to express their ideas in more poetic and eloquent ways. He is a ghostwriter for the daily emotions that people wish to convey to one another. He himself is something of a ghost. His marriage has broken up and while he has friends, he is intensely lonely. He expresses others feelings in amazing letters, but appears to have a block on connecting with others at more than a superficial level. He is not a hermit but he does have trouble maintaining relationships.

A new operating system for his electronic life begins to take over his emotional core. "Samantha" is a great fictional character that is never visualized on screen, she is a voice in his earpiece that means more to him than the once precious marriage that he is in the process of dissolving. As an artificial intelligence, Samantha is not ominous in the way HAL turned out to be, but the impact on human life may be devastating in completely different ways. I was impressed with the story arc and development of the relationship between Theodore and Samantha. There were several odd moments where the issiue of sex comes up and if you are at all squeamish about those issues, let's be frank, it is not nudity that is discomforting it is the imagination. 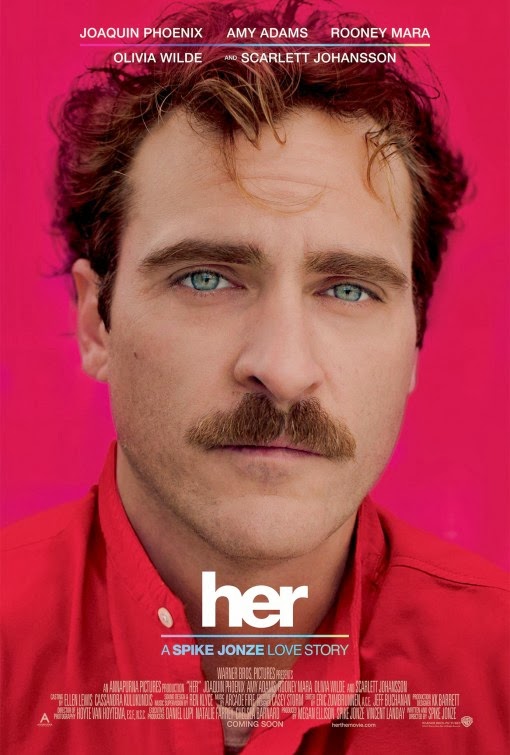 I don't like to put anything into these posts that could spoil the movie for an audience. There are some things here that will be a bit surprising and some that are a little too precious. I thought the ease with which his dating relationship was accepted by his coworker was an interesting take on tolerance but also a potential condemnation of our unwillingness to judge others. The society of the future might sound silly to begin with but it does not seem that far fetched when you see how people currently interact with their phones. I also would have to imagine it is the far future when L.A. has become as elevated an compacted as NYC and as dependent on public transportation. It was nicely visualized and the CG modifications to Disney Concert hall and the city scape are pretty inventive. The beach scene is funny because the crowds and the way Theodore enjoys the sand in his street clothes. Taking a nap in the sun like that on the beach would result in a nasty sunburn, but that part of the technology is not really shown.

I would not be at all surprised if the next generation of phones work in a way very similar to those shown in this film. There are some nice practical advantages to the bi-fold design and the multiple lens access. The blue tooth earpiece is already ubiquitous so it is a short step to the interactive nature of the tech seen in this movie. Years ago I read a science fiction story called "Meathouse Man", about a guy who misunderstands the way in which human bodies are being used as sex partners. He falls in love with the unseen operator of the "sex equipment" and the revelation at the end of the story reminds me a little bit of what happens in this movie. In the end, we are our own best measure of what love really is.
Posted by Richard Kirkham at 3:20 PM

I'm still waiting to catch up with this film.

I liked it a lot and Still need to digest it. I expect to revisit and see more each time. I think you will enjoy.