10 Year Milestone Number One: My Favorite Film of Each Year 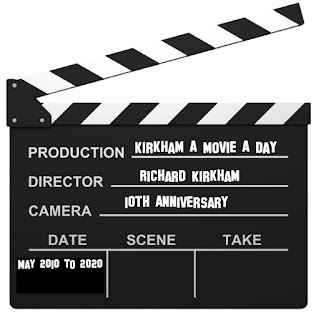 I started blogging for my classes a little earlier than May, but the project that launched my movie blog started in May of 2010. A new class schedule was starting and I ended up with a three week gap between when my Spring Semester classes ended and my Summer classes began. Frustrated by the delay in getting started on the new term, I chose to fill some of the time with a project. I decided to write a post everyday that Summer on films I'd seen as a youngster growing up in the 1970s. I limited my selections to films that opened in the summertime and the posts were not always reviews, sometimes they were simple trips down memory lane. I posted something everyday from Memorial Day to Labor Day, hence the title of my blog.

There were a few random posts to fill out the year, including a top ten list, and then January 1, 2011,  I adjusted the blog to review/comment and report on film going experiences that were contemporary.  Most of the subsequent posts are immediate reactions posted the same day or one day later from the event. I decided that anytime I saw a film in a theater, there would be a post on it. So this blog has been a fairly accurate measure of my movie going but not necessarily my movie watching. Home video and streaming take up a lot of my time but it is rare that anything like that is included except for special occasions.

For the next few weeks, I'm going to post some lookback articles and add some commentary along the way. If you are a longtime reader, I hope you will enjoy the retrospective, if you are new to the blog, take a deep dive and look at some of the things from the last decade. Just because it did not come out this last weekend, is no reason to miss a discussion of a movie. 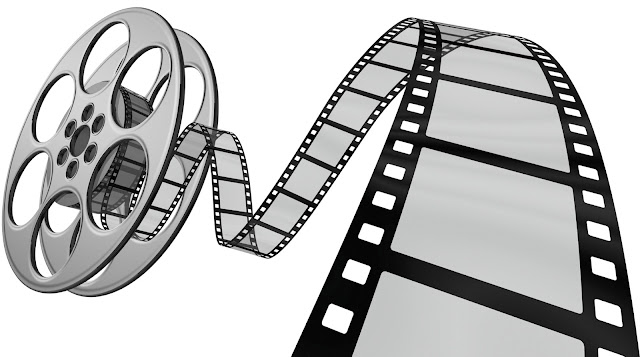 Favorite Films of Each Year of the Blog 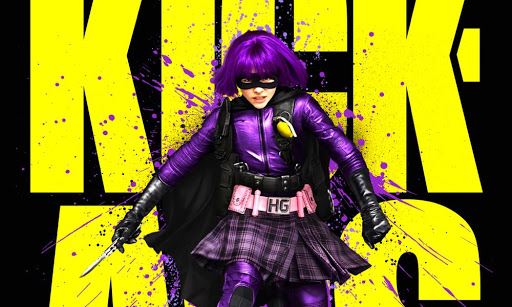 There may not be another movie on the list that is so satisfying to me as this pastiche comic book, comedy, action, superhero, movie geek porn.  I don't have a full review of this because it came out before I started the project. I will have to do a retrospective review of my love for this movie at another time, let me simply say, I love all the characters in this movie, but Hit Girl is my favorite. The second movie was never going to be as great as the first but I enjoy it as well and there is a review of that on the site that you can find here. 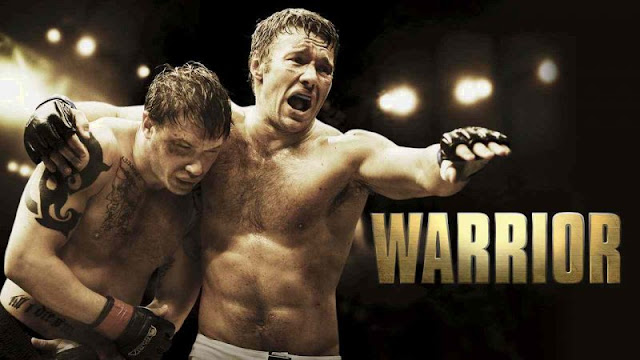 If ever a movie needed to be rediscovered on home video, this is it. This terrific story is brutal in the fight scenes and in the emotions that it forces us to face. The fact that it was not a box office hit just goes to show how marketing can fail an audience. People should have been embracing this movie and sharing it with their friends. I did what I could, and now I'm doing it again. If you have not seen this gem, put it at the top of your watchlist.

You had to know there was going to be a James Bond film on the list somewhere. 2012 was when I became very active in a cinema blogging community as I discovered a number of sites that had enthusiastic 007 content. I did a series of posts in anticipation of Skyfall and we shared them on one site where everybody could collectively pump each other up for the film. I was so happy that it exceeded my expectations, and I was not the only one who had "Skyfall" as their top film that year. 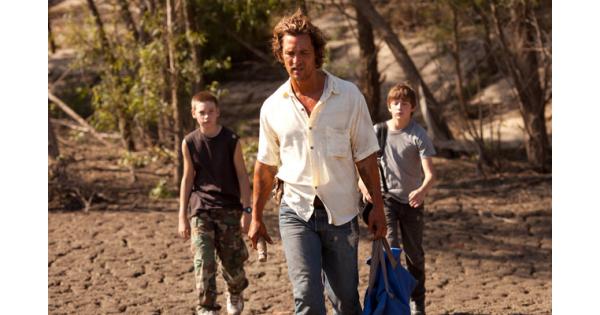 This movie was a complete surprise to me. I was surprised at where the story went, I was surprised by the actors who turned up in the film, and I was really surprised that Matthew McConaughey, was so good in the film. He won his Best actor Award the next year for a different film, but as often happens, the Academy was simply catching up for what they had missed in an earlier year. This is a small film, it is a coming of age story mixed with a crime thriller. It also has a couple of great performances by the young co-stars. 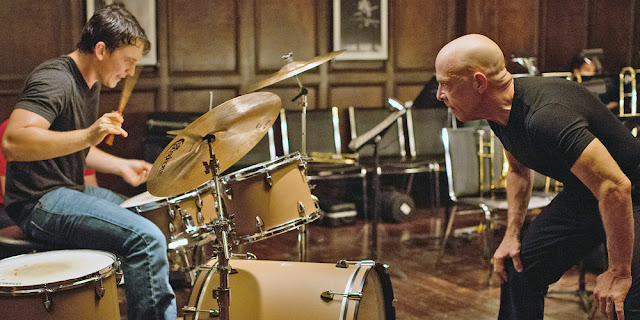 One of the most brutal movies you will ever see, without violence. This was an emotional assault that spares no one. When you think of Frankenstein, do you see the Doctor or the Monster as the villain of the piece? This movie asks the same question. The cruelly sadistic teacher in pursuit of perfection meets his match in a surface level sympathetic character who may be as twisted by ambition as the "mentor" is in his objectives. Miles Tellar must have worked his butt off to be able to carry off the drumming sequences. J.K. Simmons however, will give you nightmares for the rest of your life. This movie was edited like a thriller and it will hold you in your seat as it bashes you around and wrings you out at the end. 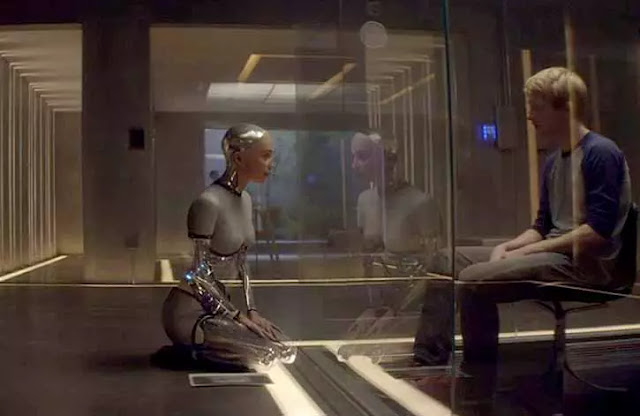 This is a basic science fiction idea, turned into a beautiful movie with some ugly people involved. The premise is as contemporary as you could wish for, but the ideas go back a century. What is human intelligence? Can a machine learn to be human? How will we be able to tell the difference between Human Intelligence and Artificial Intelligence? Oh, and just as you are getting comfortable with the philosophizing,  the story structure takes over and you will become emotionally invested and maybe heartbroken. 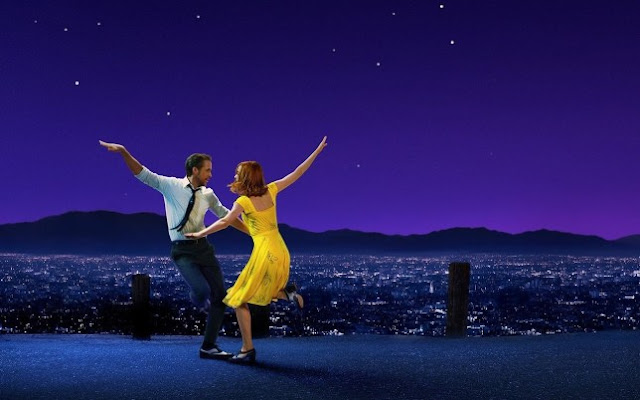 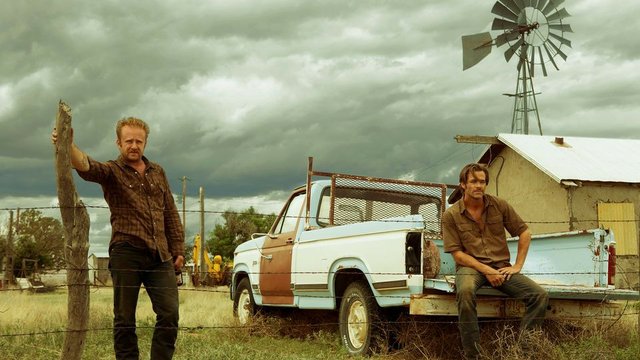 I admit that I have cheated here. When my original list for the year went up, "La La Land was at the top. It was the stylized movie and the most beautiful I saw that year [barring Kubo and the Two Strings]. The more I watched "hell or High Water" however, the more I admired it and it's performances. I wrote a second post for "Hell or High Water" for the Lamb, and I think that was the point where I could no longer decide which one I liked better. So this will be the one year where there is a tie. If you feel a compelling need to break the tie, flip a coin, I'll be happy with either outcome.

I rarely get embittered about the Academy Awards. They are often the Film Industry's way of virtue signalling and will miss merit for a good social image at the drop of a hat. Somebody this year dropped a hat. "Dunkirk" is a movie about a critical historical moment that needs to be part of every persons knowledge of WWII. The fact that it lost to a fairy tale of invented prejudice, with a monster of a human being as the villain is unfortunate. This film tells three stories, set days, hours and minutes apart, and it does so coherently with craft that is hard to imagine. My second post for The Lamb was not second guessing, it was a second chance to champion this film.

It's a Wes Anderson movie, and it's an animated movie, and best of all, it's about dogs. This is incredibly inventive, a little weird but charming as heck. The effort to make the movie is worth of a high ranking, even if the film did not hold together. Joyfully for us, it does hold together very well. Amazingly enough, it not only was not nominated for Best Picture, it lost to another good film in the Best Animated Category. This was a perfect example of recency bias, as it came out early in the year and was neglected at awards time. That's OK, I did not neglect, it was the Best Film I saw in 2018.

A technical masterpiece that will seem to some a repeat of two years earlier. That's because it was a war film which deserved so much more, that lost out to a virtue signalling Foreign Language thriller. The way the movie is shot, as a continuous  take, and the way it is photographed are marvels of modern film making.  You won't feel like you are watching a movie, you will feel like you are living it.

Obviously these are all personal favorites. They may not represent in all cases my opinion of what the Best film of the year was, but rather, the one that I most appreciated.

Posted by Richard Kirkham at 6:35 AM