So here is a list of links to Jaws Posts that I have some connection to. To begin, we will review all the posts that I have put up on this site in the last five years. To sweeten the deal I'm posting some fan art I found on line that has nothing to do with the post, it just looks cool enough to draw attention to the links. 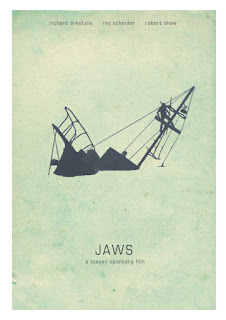 This is just a short couple of videos in anticipation of the first Fourth of July Post on the movie. It includes what might be the only "Unboxing" video of a Laser Disc.

The original post on my Movie A Day Project on the Summer films of the 1970s. 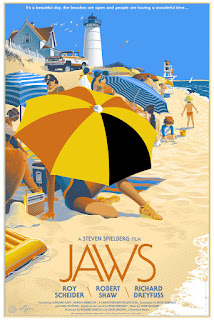 The only sequel worth bothering to watch. Not a great film but not an embarrassment like the others.

Video Preview of a Book Gift for Amanda's Birthday

This is an Ad for a great book, that was way too expensive, but with which I indulged my youngest child. 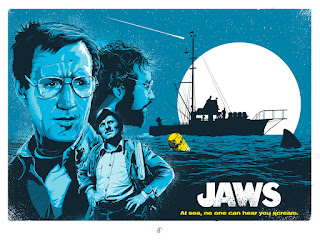 During a week long project on some Robert Shaw films, I go off on the neglect by the Academy of this magnificent performance. 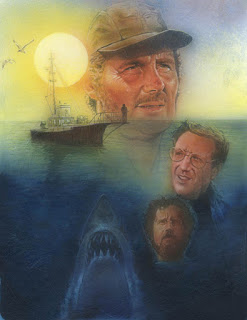 Roy Scheider gets Props for Jaws

I felt a little guilty all these years not mentioning the fine work of the lead of this film, here I try to correct that oversight. 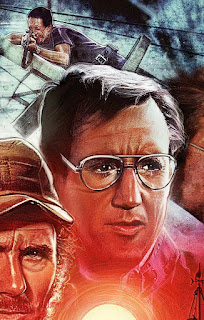 Epic Vlog Link on a Screen of Jaws

You have to have some time to enjoy this. It's like a podcast with video and a couple of clips thrown in. One of the most fun projects I've done for the blog. 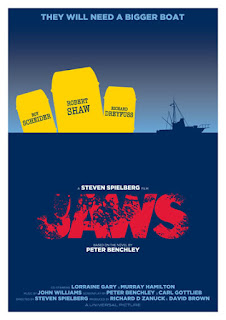 Random Crap on the Internet that I shared. 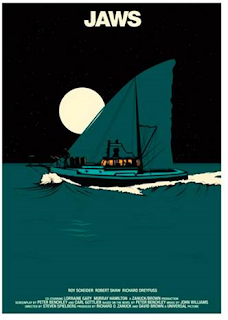 A story about meeting the Screenwriter and getting my book signed. Wow, am I geeking out or what?

Jaws is mentioned in this post that I did for a blogathon last year. 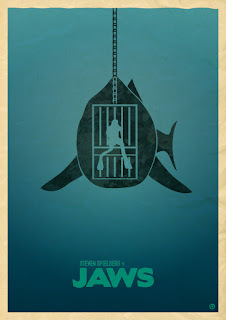 Moments Without the Shark

Last weeks list of moments that remind you that there is a shark in the story. View it on the Blogspot version of the site to be able to see all the video clips. 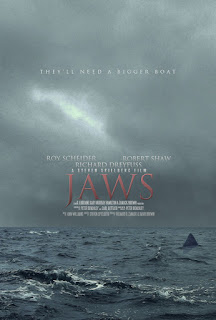 Another post where I rant about the neglect of Robert Shaw by those people who gave awards out in 1975. This was for a blogathon done in conjunction with this years Academy Awards. 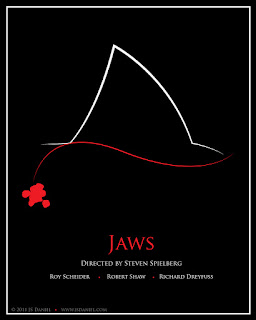 
10 Scenes Without the Shark that remind you there is a Shark. 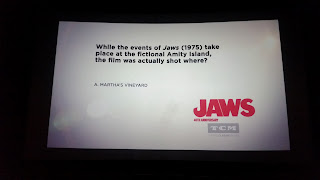 You Don't have to be a Star to Make Jaws Better 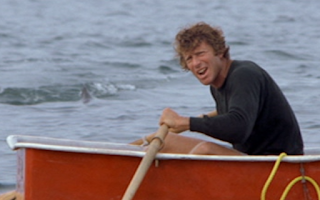 Here is some work on the subject from others that I admire.

The genetic recipient of my disease shares her views on the movie. 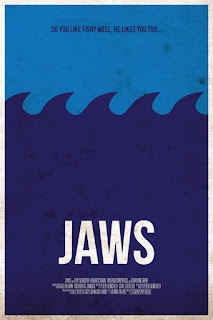 The Indianapolis monologue, treated with respect. This is from the only person I know who is a bigger fanatic than I am about the movie. She used the "Indianapolis" monologue as part of her admission essay to U.S.C.. 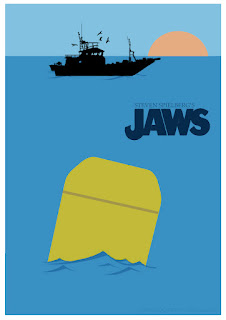 The Following is a Poem by my On line buddy Eric. I love the creativity and the courage it takes to put your voice out there in this form. 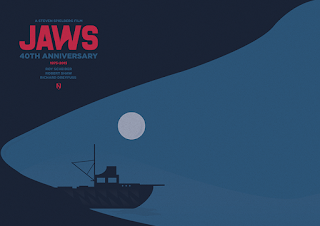 Look to the Summer of 1975
All of the ocean will come alive
Look to the water for the great white fin
And you’ll know what sort of trouble you’re in
Look at the shark’s eyes, lifeless and black
Look at the shoreline ahead and know you’ll never get back
Try to swim, try to scream, try to pray
The great beast just won’t go away
Close your eyes and hold your breath
And await the mighty jaws of death
But when you do open your eyes, that’s when you’ll know
It was all on the movie screen, just for show
So thank you Steven and Peter for forty years of great fun
‘Cause when it comes to summer blockbusters, JAWS is still the best one!


From "And So it Begins" a fellow blogger who is also a film maker, shares some notes on our feature.


I've read Alex's blog for two or three years. He is very sharp and well versed on movie techniques. I liked what he had to say here. 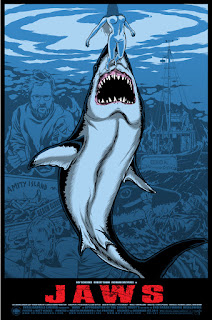 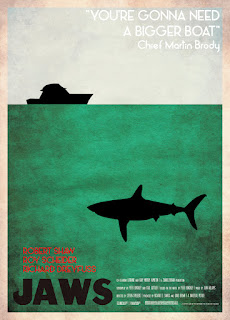 Steve Honeywell took on a blogging task that I don't have the patience to do, he has written a post on every film from the book 1001 Movies to see before you die, and then he has added on top of that, hundreds more because he can't stop himself. He posts something everyday and is on of my daily stops. The above link will take you to his Jaws post.


This is a link to a link, I reblogged it on my site when Fogs put up the article. Dan Fogarty did a series of posts he titled "Movies Everyone Must See", this is his work on Jaws and I'm happy to share his efforts with you. 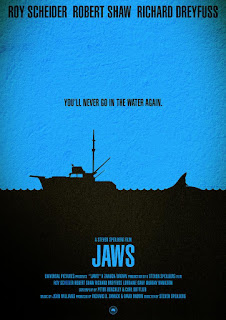 Michael from "It Rains... You Get Wet" is a gentleman when it comes to movies. He is thoughtful, polite and honest. I'm happy to say he is a friend. His story includes a period of time when he was sick of this film. He has since recovered.


Keith and the Movies

My on-line friend Keith posted an end of summer entry on images from "Jaws". Take a look see. 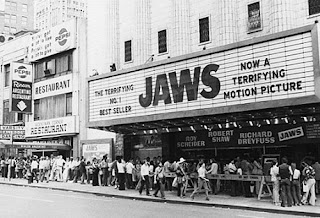 Finally, I came across this epic post which has data and interviews galore and may be my new favorite past time. If you read any post other than mine, this should be it.


Happy Clicking everyone.
Posted by Richard Kirkham at 9:13 AM

Thank you so very much for including me in this splendid Jaws gallery, Richard. I'm honored to be among them. Much appreciated, my friend.

Glad to have you aboard. You are not just supercock, you are an essential part of the community of Jaws lovers. Thanks Michael for always being willing to share.