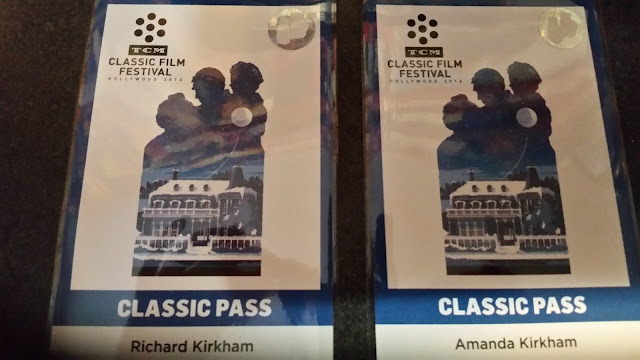 So our passes arrived a week or so ago, and information about the programming has been trickling out ever since. Each time there was a new update I started shivering with ...(say it) anticipation. Now the full schedule has been released and of course there are so many events I'd love to see that are in conflict with some other event I want to go to.

I may have to forgo "The Way We Were", "Club TCM's Dogs in Film", so I can watch "The Conversation" both the movie and the actual conversation with Francis Ford Coppola.

It looks like I can cheat a little and just watch the miserable parts of George Baily's life before strolling over to catch the screening of the silent version of "Joan of Arc". That means I will miss "Brian's Song" and Mr. Billy Dee Williams, Damn It!

Amanda and I will split up in the morning on Saturday, she needs the "Bambi" screening to be part of her life and I want the Vitaphone program, [Field of Dreams and Ace in the Hole get bypassed, I may cry.]

Not sure yet how to get to the Burt Reynolds Conversation at the Montalban Theater unless we skip out on the end of "Dead Men Don't Wear Plaid". Somebody hold the back door open so we can get in late please.

Maybe Phillip Marlowe can investigate the crime of scheduling "The Long Goodbye" opposite of "The King and I". Yul (get it?) find me at the Elliot Gould film, cursing under my breath that I can't be two places at once.

I don't think I can talk myself into a Mid-night screening of "Gog" even if it is in 3D.

"The Longest Yard" with Burt will get precedence over Marlee Matlin and "Children of a Lesser God", although if we get into that earlier Reynold's conversation, maybe we will switch. [I'm kidding, "The Longest Yard " has football.]

"Cinema Paradiso", "Network" and "The Band Wagon" all will duke it out for my eyeballs. I'm inclined to take Amanda to the Italian film, just to watch her weep at the ending.

Hope to run into many of the friends I have made on line during the Festival, certainly we can connect at the closing party and at least say Hi!.

So this is the first draft of my plan, I expect God will be laughing somewhere and saying" I don't think so." 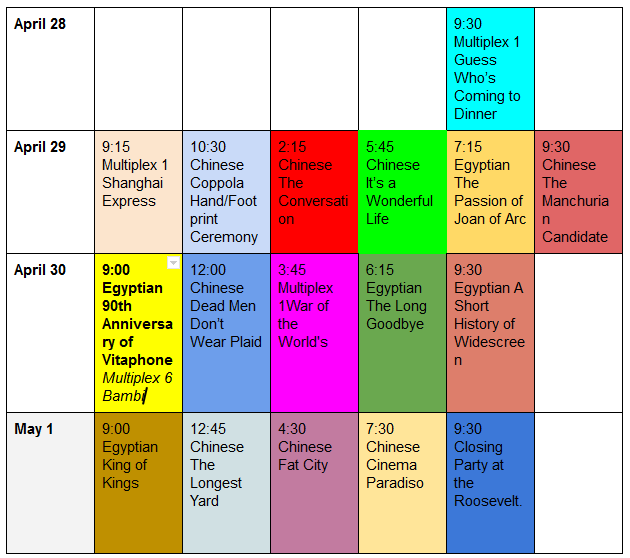 What do you all think. I could be talked into changes, how about a little advise?
Posted by Richard Kirkham at 11:09 AM